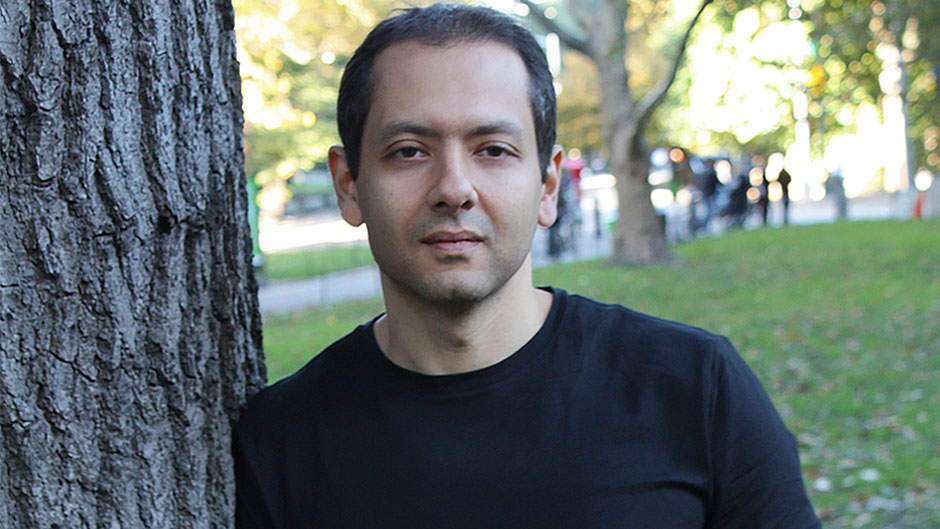 On January 11, novelist and journalist Omar El Akkad joined us for a live onstage conversation at the Alberta Rose Theatre in Portland. This program is part of our series American Dreams, American Myths, American Hopes, and Akkad is a writer who has devoted considerable thought to all three. His debut novel, American War, takes place in a near-future nation riven by climate change and civil war, where shared ideals have given way to factional identities. His second novel, What Strange Paradise, explores the lives and desires of displaced people seeking safety. Both books are available from Broadway Books.

We had hoped this would be the first in-person Consider This program in many months, but the world had other plans.

Omar El Akkad is an author and journalist. He was born in Egypt, grew up in Qatar, moved to Canada as a teenager, and now lives in the United States. The start of his journalism career coincided with the start of the war on terror, and over the following decade, he reported from Afghanistan, Guantanamo Bay, and many other locations around the world. His work earned a National Newspaper Award for Investigative Journalism and the Goff Penny Award for young journalists.

His fiction and nonfiction writing has appeared in the New York Times, the Guardian, Le Monde, Guernica, GQ and many other newspapers and magazines.

His debut novel, American War, is an international bestseller and has been translated into thirteen languages. It won the Pacific Northwest Booksellers’ Award, the Oregon Book Award for fiction, and the Kobo Emerging Writer Prize and has been nominated for more than ten other awards. It was listed as one of the best books of the year by the New York Times, Washington Post, GQ, NPR, and Esquire and was selected by the BBC as one of 100 novels that changed our world.

His short story “Government Slots” was selected for the Best Canadian Stories 2020 anthology. His new novel, What Strange Paradise, was published in July 2021. In November, it was honored with the 2021 Scotiabank Giller Prize.

This series is made possible thanks to the support of the National Endowment for the Humanities’ "A More Perfect Union" initiative, the Oregon Cultural Trust, Susan Hammer Fund of Oregon Community Foundation, The Standard, Stoel Rives LLP, the Kinsman Foundation, and the City of Portland's We Are BetterTogether program.

Consider This with Nataki Garrett and Jelly Helm

Consider This with Laura Kipnis

Consider This with David F. Walker and Douglas Wolk

An online conversation with Robin Wall Kimmerer, author of Braiding Sweetgrass and Gathering Moss. Kimmerer is a mother, scientist, decorated professor, and enrolled member of the Citizen Potawatomi Nation.

A conversation on family, self-determination, and redemption with the author of Survival Math and The Residue Years.