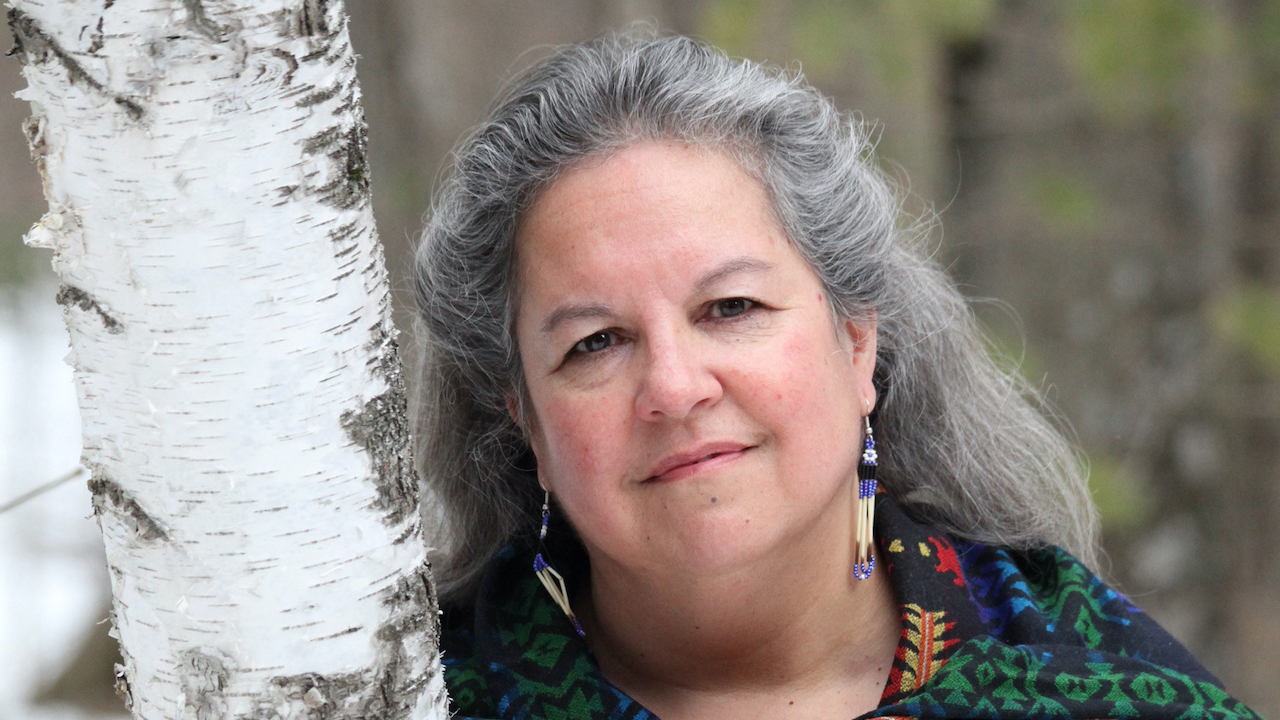 On March 10, 2022, we presented a conversation with Robin Wall Kimmerer, author of Braiding Sweetgrass and Gathering Moss. Kimmerer is a mother, scientist, decorated professor, and enrolled member of the Citizen Potawatomi Nation.

Robin Wall Kimmerer is a mother, scientist, decorated professor, and enrolled member of the Citizen Potawatomi Nation. She is the author of Braiding Sweetgrass: Indigenous Wisdom, Scientific Knowledge, and the Teachings of Plants, which has earned Kimmerer wide acclaim. Her first book, Gathering Moss: A Natural and Cultural History of Mosses, was awarded the John Burroughs Medal for outstanding nature writing, and her other work has appeared in Orion, Whole Terrain, and numerous scientific journals. She tours widely and has been featured on NPR’s On Being with Krista Tippett and in 2015 addressed the general assembly of the United Nations on the topic of “Healing Our Relationship with Nature.” Kimmerer lives in Syracuse, New York, where she is a SUNY Distinguished Teaching Professor of Environmental Biology, and the founder and director of the Center for Native Peoples and the Environment, whose mission is to create programs which draw on the wisdom of both Indigenous and scientific knowledge for our shared goals of sustainability.

As a writer and a scientist, her interests in restoration include not only restoration of ecological communities, but restoration of our relationships to land. She holds a BS in Botany from SUNY ESF, an MS and PhD in botany from the University of Wisconsin, and is the author of numerous scientific papers on plant ecology, bryophyte ecology, traditional knowledge, and restoration ecology. She lives on an old farm in upstate New York, tending gardens both cultivated and wild.

Kimmerer's books are available from Broadway Books and other independent bookstores.

This series is made possible thanks to the support of the National Endowment for the Humanities’ "A More Perfect Union" initiative, the Oregon Cultural Trust, Susan Hammer Fund of Oregon Community Foundation, The Standard, Stoel Rives LLP, the Kinsman Foundation, and the City of Portland's We Are BetterTogether program.

I am a professor currently teaching Braiding Sweetgrass

My wife Gretchen and I begin each day reading from Braiding Sweetgrass together. Few writers and thinkers so well combine the roles of scientist, anthropologist, philosopher, poet and mother.

Every day I am reminded of the damage we human beings have caused to our home, our earth. It is terrifying at times when the reality hits home. At night, I turn to Braiding Sweetgrass. What a gift for all of us as we try to make sense of our changing world. Each page wraps me like a blanket, the beautiful words and sharing a way of understanding life---- such balm for my soul. Thank you, Prof. Kimmerer.

Fabulous! From the first chapter, the origin story, I was hooked. Still am. Thank you.

Consider This with Nataki Garrett and Jelly Helm

Consider This with Laura Kipnis

Consider This with David F. Walker and Douglas Wolk

A live conversation with the author of American War and What Strange Paradise.

A conversation on family, self-determination, and redemption with the author of Survival Math and The Residue Years.