Exploring the roots of race and the model minority myth 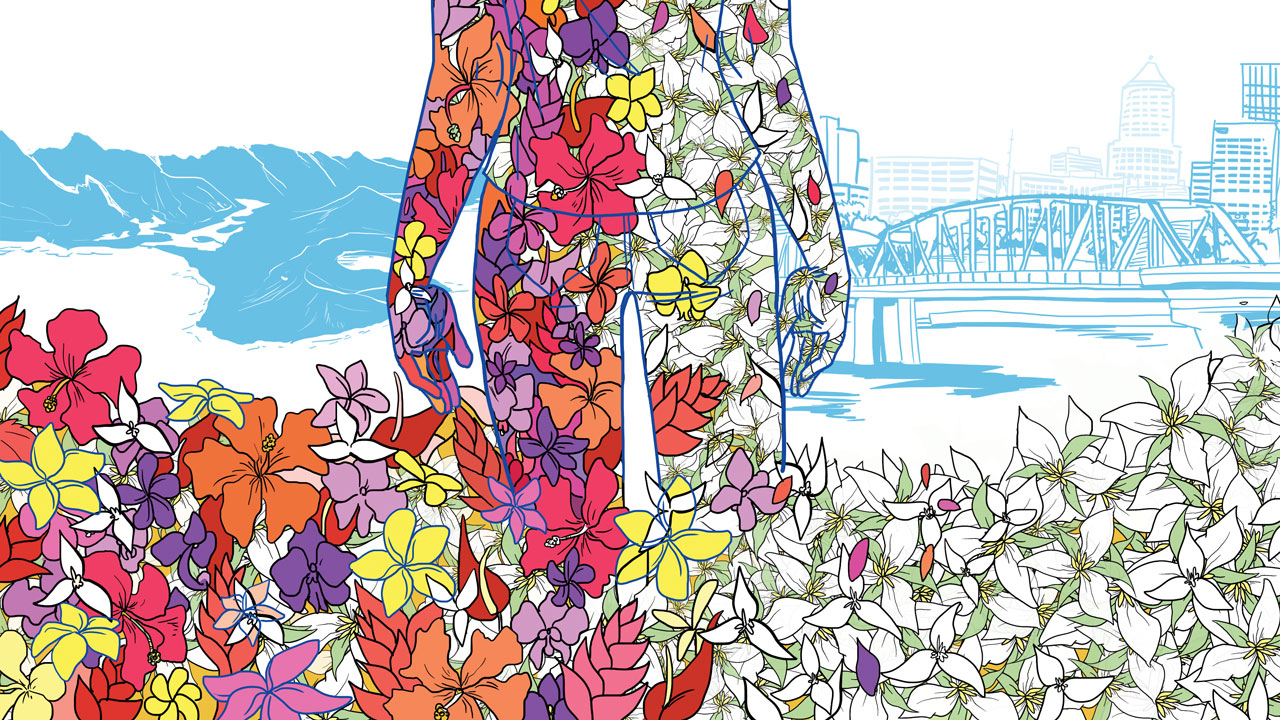 When I first moved to Portland, Oregon, from rural Waialua, Hawai’i, in 1986, I went from a community that was made up almost entirely of people of color to the whitest major city in the country, set in a state in which Asian Americans made up only 1 to 2 percent of the population. It was a dramatic and deeply unsettling change. The overwhelming whiteness of Oregon meant that people of color were both noticed and politically exploited because of their “difference,” while being simultaneously ignored because they were too few in number to deserve serious consideration as real live people with potentially different needs. In the first flush of this experience, I encountered a Zora Neale Hurston quote that continues to haunt me: “I feel most colored when I’m thrown against a sharp white background.”

But being a minority among other tiny groups of minorities was only part of my story. Upon arriving in Oregon, I also found I had become, unwillingly, “Asian.” To say I was confused would be a gross understatement.

Hawai’i is a racially stratified, white-dominated state. It was colonized by white Americans, ruled during its territorial phase by a white Republican oligarchy, and is still economically dominated by white-owned American and European corporations. But even given these circumstances, I had never identified as Asian.

This early experience, of suddenly finding myself the “other” got me thinking about race. I wondered, How did I become Asian? Why? And, most pressing, For whom?

I quickly learned that race is not biological. I know that must seem obvious today, but it merits mention given the rise of white nationalism and white supremacist ideologies here and around the world. Human genome mapping has put what we can hope will be the final nail in the coffin of race “science.”

Neither is race based in culture. That idea, I think, is tougher to swallow. However, a quick survey of the group called “Asian” is all that’s needed to debunk that belief.

Consider, for instance, the wildly different situations of the Asian nations of Laos and Japan. Japan is a constitutional monarchy, geographically composed of 6,852 islands with a collective landmass about the size of California. In terms of weather, Japan has a mostly temperate climate, with cold winters, heavy winter snowfall, and warm summers.

About 127 million people live in Japan, making it the tenth most populous nation on earth. The country is densely populated and highly urbanized with 94 percent of the total population living in cities. Japan has the third-largest national economy in the world and boasts an average life expectancy of almost eighty-four, making residents of Japan one of the longest-lived national populations in the world. Japan is also one of the two most ethnically homogenous countries in the world, with almost 99 percent of its population made up of ethnic Japanese.

The Lao People’s Democratic Republic, or Laos, is located in the center of the Southeast Asian peninsula. Laos is bounded by China, Burma, Thailand, Cambodia, and Vietnam, and has a tropical monsoon climate.

The population of Laos tops out at just below seven million, and Laotians have an average life expectancy of sixty-four. While urban centers in Laos are rapidly growing, two-thirds of Laotians live in rural areas. About one-quarter of Laotian people make less than $1.25 per day. The Lao GDP is about one tenth of 1 percent that of the United States. None of this should surprise us given the fact that the United States dropped more than two million tons of explosives over Laos during 580,000 bombing missions between 1964 and 1973, turning Laos into a country where PTSD is commonplace and unexploded ordnance is an ever-present danger.

Laos is a multiethnic country, with nearly 55 percent of its people belonging to the Lao ethnic majority, and the balance belonging to distinct ethnic groups including the Khmu, Hmong, and more than a hundred others. And here’s a fact that even those who do a fair amount of thinking about Asia don’t often take into consideration: Tokyo, Japan, is farther from Vientiane, Laos, than Cairo, Egypt, is from London, England.

Yet in spite of these vast differences and the fact that the overwhelming majority of Asian Americans don’t identify as Asian, we are perceived to be a single race sharing distinctively Asian cultural characteristics.

So if race isn’t biological or cultural, what is it? I came to understand that race is a political construct.

For instance, in the earliest years of mass Asian immigration into the United States, just after the end of the Civil War, Asian workers were vilified as unassimilable foreigners who were degrading American labor by living like heathens, a lifestyle that didn’t require the higher wages earned by whites. In fact, the idea of a distinct white working-class interest was forged in the highly politicized space of perceived competition created by the emancipation of enslaved Black people and the importation of “coolie” labor.

By the late nineteenth and early twentieth centuries, Asians were vilified as the “yellow peril,” an inscrutable race of mysterious others who would take over the Western world if not stopped, justifying wars and the consolidation of power under Kaiser Wilhelm and other Western leaders, including US president Woodrow Wilson. In the period leading up to and including World War II, Chinese Americans were persecuted, and many deported, as a “red menace” loyal to communist China. In the wake of the bombing of Pearl Harbor, mainland Japanese Americans, almost to a person, were arrested and imprisoned in concentration camps, supposedly for their safety. But the guns that surrounded the 120,000 imprisoned Japanese Americans (and the 881 Alaska Natives whose stories are almost forgotten) faced inward.

In the face of these exclusion regimes and overwhelming repression and popular prejudice, Asian Americans themselves promoted the idea that Asians were model Americans. In her book, The Color of Success: Asian Americans and the Origins of the Model Minority, historian Ellen Wu provides a detailed account of how, from World War II through the 1970s, some Japanese and Chinese American leaders tried to secure citizenship for members of their communities by engaging in campaigns and sponsoring research designed to convince the public that they, and by extension Asians in general, were less prone to delinquency and promiscuity, and more committed to family, education, and country than other minority groups by dint of culture. The goal was to demonstrate that Asians were suitable for citizenship and able to vertically integrate into the white middle class. She notes that Japanese Americans in particular were so successful in this effort that by the 1980s, during the US–Japan auto wars, the notion that Japanese culture made more industrious workers, especially on mass production lines, inspired a craze for all things Japanese, from ancient samurai codes to flower arranging.

No wonder I was confused. During the formative years of my youth in the 1960s, model-minority mythmaking was so ubiquitous that nearly everyone around me, most especially Asian Americans, just accepted it as the truth. No doubt the enthusiasm among many Asian Americans to accept model-minority stereotyping was a reflection of the fact that the menu of choices where stereotypes were concerned appeared to be restricted to either “model minority” or “yellow peril.”

Growing up in Hawai’i only made matters worse. I didn’t just see the telecasts from Vietnam on TV, I lived in the staging site for that war, surrounded on all sides by military bases full of soldiers who looked at us like we were every bit as much the enemy as the Viet Cong. Moreover, winning statehood for Hawai’i in 1959, just a few years before I was born, required no small amount of mythmaking concerning the state’s “Asiatic majority,” not to mention the intentional marginalization of Native Hawaiians, for whom statehood was yet another demoralizing chapter in a centuries-long history of illegal and near-genocidal colonial domination.

In order to assuage racist fears of a yellow peril takeover of (white) American culture and politics, statehood advocates presented Asian residents of Hawai’i as bicultural brokers between East and West who were, nonetheless, as American as pizza and chop suey, and ironically equipped by our indelibly foreign cultures to be ideal Americans. The contradictions, though obvious, were mostly ignored, not just by white Americans but by many Asians.

These inclusion campaigns made a positive difference, but sadly were most effective when they painted Asians as distinctly not Black, inadvertently promoting the idea that Black people were a “problem minority” who were spoiling the American dream by refusing to simply ignore racism and quietly pull themselves up by their bootstraps. The stereotypes they bred were effective as racist propaganda tools for opponents of Black civil rights. By the 1960s, stories in newspapers and magazines like Time and Newsweek focused on the remarkable success of Asian Americans, who were once vilified and excluded, at “out-whiting the whites.” Those same media outlets portrayed Black Americans as mired in crime, unemployment, and intergenerational poverty.

Today, the myths of Asians as a model minority and Blacks as criminals continue to be widely accepted and as useful at reproducing racial injustice as they were decades ago. Lei Lai, an assistant professor at Tulane University, found that Asian Americans have the lowest probability of promotion to managerial positions among all nonwhites—in part because of being stereotyped as quiet, unassertive, hardworking, family oriented, and self-sacrificing. In other words, they are ideal exploited workers. So lumping us together and presenting us as a model for others may be good for business.

To go back to the question I began asking myself in the 1980s: How did I become Asian? Who did that serve? What I learned was this: race and power have broad implications for our contemporary struggles over who gets to be American, and to be among those included has always been at the expense of those who are not. 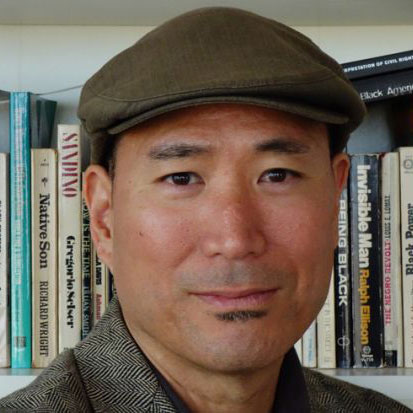 I think that discussions of the model minority stereotype are more illuminating when coupled with the thinking that sociologists apparently had about assimilation prior to WWII and the sociologists who used Japanese Americans as a goldmine for data gathering while they were incarcerated. There were many forces promoting assimilation and second class citizenship prior to WWII, and Asian Americans did not invent the model minority stereotype in a context-free environment and were not the only or main promoters of it. Assimilation has always been forced assimilation in this country, and the relationship of racism based on physical characteristics versus culture or behavior, must be considered. Even today, people don't just choose the model minority strategy on the basis of equal status or a post-racial society. Another factor that could be considered, too, is the difference between JAs who were able to make it into professional careers versus those who remained in working class situations with regard to relative enthusiasm for model minority status.

Editor Kathleen Holt on looking for identity in the post-colonial welter of midcentury Hawaii.

Alex Tizon on how "Orientals" became "Asians." An excerpt from Big Little Man: In Search of My Asian Self