Black Opera: Singing over Ourselves 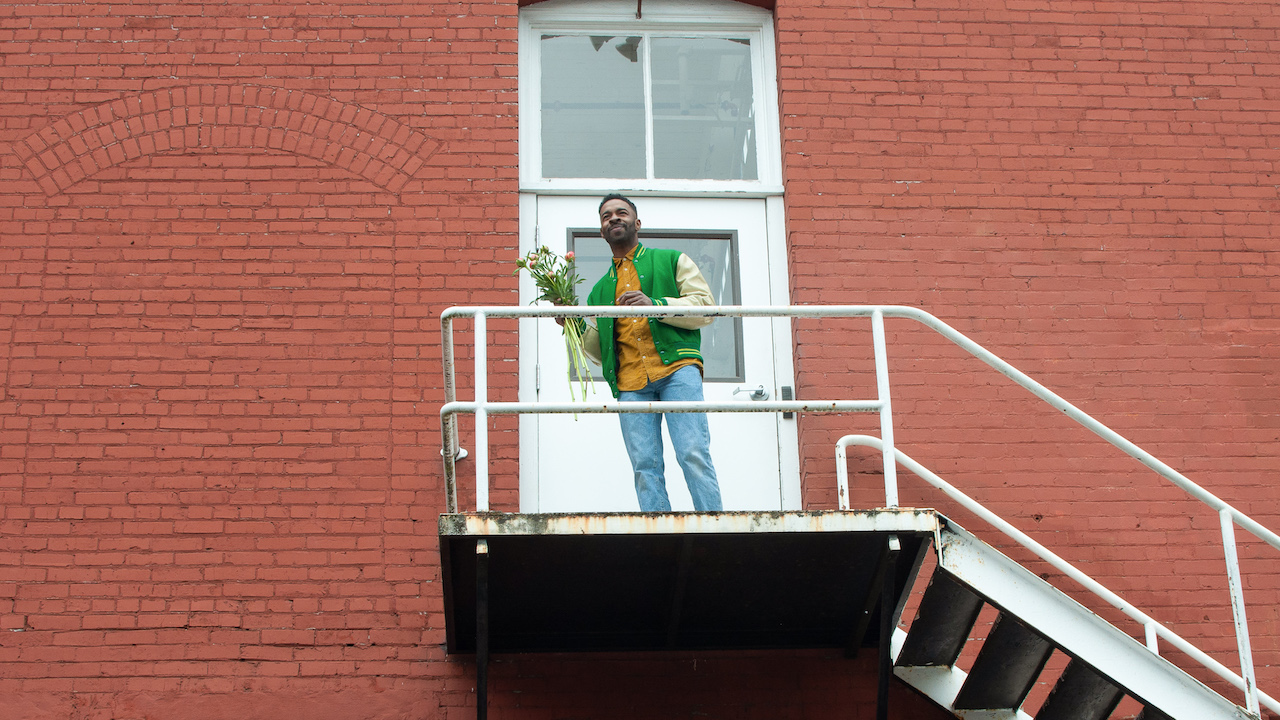 I was born and raised in Portland, Oregon, often called "the Whitest City in America." I'm a Black opera singer, dancer, actor, composer, musician, and educator. I strive to weave all these worlds together and bring culture and diversity to my listeners.

When I was around seven years old, I turned on the TV one day and saw my first opera. It was on the only channel that came through at the time. I sat down, and I started to recognize the grand gestures of 1990s Marvel superheroes. Many may think opera is a stuffy thing, but for this seven-year-old's eyes, it was full of villains, people cheating on one another, hearts being broken, death, betrayal. Fascinated, I ran to my siblings and to my stepdad and said, "I want to be an opera singer! Oooo-ooh!" I hadn't hit puberty yet. I had this high soprano voice, and I was singing around.

Little did I know, years before I was born, my mother also wanted to be an opera singer. She auditioned and was accepted for the Portland Opera. Then someone came along and told her that she couldn't do it because she had three kids. She gave up that dream and never told me until later in life.

When I was ten years old, my father passed away, and there wasn't a lot of conversation around his death. From that moment on, I went mute. I was quiet that entire year, except for when I made music. People didn't have a chance to get to know me. One thing I held close was music. I would sing over myself. I'd weep and cry. I would sing hymns from church. Songs would comfort and console me.

Music was a real, tangible thing for me. My whole family sang, but I didn't have any training. They told me I should probably never sing. As my aunt said, "the gift wasn't given to me.”

I accepted her judgement until the day, on my way to church, I had a fateful encounter with a dog. The dog ran straight toward me and into a fence, knocking it down. Without time to think, I used a big, grand voice that commanded the dog’s attention. The dog stopped and looked straight at me, and in that moment I realized a voice did live inside me. This voice was convicting, honest, and authentic. It had power. I wanted to cultivate these qualities through my voice, so I began to study classical music for three hours a day in my garage. I began to compete, and eventually I became the number one high-school-age baritone in the state of Oregon.

I was told that I should not sing classical music because my voice was "soulful." It was implied that the Black color of my skin was connected to a different type of music. I was told I should stick with what I know.

I also made gospel music, and I tried to keep both worlds very separate. I toured with Josh Groban. In his song "You Raise Me Up," I noticed gospel backgrounds interweaved with Groban’s pop music, and thus found my niche. Today I use the same technique. I write original music that combines soul, indie, traditional classical music, and Black gospel music. My EP, Livin' in the Light, is a fusion of all of these traditions.

On my first day working as a professional opera singer, I met a Slavic woman who was the opera building custodian. She greeted me, and we had a brief conversation in Russian. She told me that no one had spoken to her in weeks because her English is broken. She appreciated me taking the time to talk to her. I went down to rehearsal.

Then the artistic director, who had briefly noticed that conversation, approached me, "So, your last name is French?"

She said, "You also speak French?"

At that moment, she looked me in the eye, and there was a full pause.

She said, "What are you, a part of the witness protection program or something?"

We both laughed awkwardly. Then she looked at me again. I realized that if I said that I was a part of the witness protection program, it would be more believable than the truth that I was an African American young person who also had the skill set that everyone else in this room had.

All opera singers are linguists. You have to study three or four different languages to sing in the opera. But it was inconceivable for me be in the same space with non-Black artists and simply love the same music. I realized, from that moment, that all eyes were on me, questioning why I was in the room. This came in the form of persistent questions: "How did you get here? Why are you here?"

No matter what, I had to pay attention and show up. Despite any difficulties, I had to learn my music, figure it out, and do my best to shine. I was featured on Oregon Public Broadcasting, and then other doors began to open up. Still, it was odd and lonely.

I have felt like a poster child. I dressed up, played the part, and then went home to a world that looks nothing like the opera. Opera audience members see me as a part of the story the opera is telling, but they don't necessarily see me as a person outside of that.

African American men face two stereotypes: either you are overweight and funny, or you are a muscular sex symbol. These stereotypes limit and suffocate our individuality, and every day I face the work of breaking that mold. In activism, speaking, singing, and living, I encourage other nonstereotypical creatives to know you are not alone.

I wonder, after performing all across the world and learning to sing in five languages, is that enough for me, as a Black man, to belong here? After investing more than $150,000 into my training as a professional musician, is that enough? America, is that enough for you to see me in my complexity, in my multitudes, and include me in your future vision? Why are Black men taxed by this, as a prelude to belonging?

I grew up in the ghettos of Portland. There were ghettos here, believe it or not. One summer, there were six killings—people didn't happen to die; these were murders. To grow up in an environment like that, and then to arrive and work within an opera community, singing week after week inside auditoriums with predominantly white audiences, is quite a tension, quite a dichotomy. I address that tension by using my voice in public. I sing in clubs, bars, churches, on street corners, anywhere I can reach people with the unique joy of making.

Classical music is a mostly European, white form of music. Right now, I'm in a Black opera with an all-black cast singing about gentrification. Most African Americans come from a soulful, gospel style of music, or a jazz or rock and roll background. Our culture is the genesis of those genres. To end up in an opera about the history of gentrification in Portland, which was initially founded as a white utopia, is wild. I was not ever necessarily wanted in this city; my family was just allowed to be here. White planners and bankers created ‘red lines’ to restrict us to living in certain neighborhoods, using zoning and lending practices to keep us out of white areas. Real estate agencies as well as individual landlords often refused to sell or rent to Black families. To navigate this history artistically and honestly, and for all races to now be doing race and soul work together, is exciting. I encourage every artist to use their voice to their advantage by helping to educate others, both in history and in love. And of course, to continue to be students themselves.

We're losing the power of the voice in many ways. This began way before COVID-19. We've designed a sanitized society in which we're afraid to advocate for ourselves and speak out about right and wrong. We're addicted to texting and social media, usually silent forms of communication. We have to wonder why it's so scary to sing karaoke in front of even our closest friends. There's something vulnerable about using the voice. The voice is very telling. Now is the time to reclaim the voice, preferably in public.

Artists, not politicians, will be the ones to envision, collaborate around, and organize around whatever our future reality might be, especially post-COVID. The future is our potential, our right, our responsibility. I invite all artists across America to respond to this cultural moment. Please harmonize with me. Let's continue to show up and engage with the crucial questions of race, class, and equity that face us now. 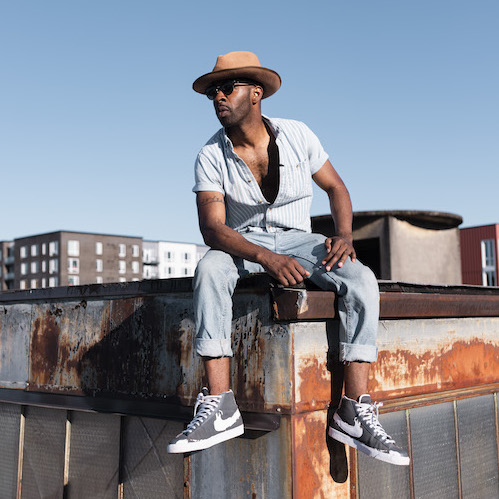 Onry is a singer, dancer, actor, and pianist based in Portland. He studied music in Ukraine and Moldova and has performed throughout the US and Europe. He's toured with Lyle Lovett, has been a soloist with The Maui Chamber Orchestra and Oregon Symphony, and has performed in American Repertory Theater Debut: The Black Clown, Madame Butterfly, Sanctuaries, An African American Requiem, Show Boat, Carmen, Faust, The Big Night, La Traviata, and The Pirates of Penzance. He is currently working on a short film on singing at Portland's Black Lives Matter protests. ​Outside of music, Onry enjoys community organizing work, philosophy, linguistics, traveling, tea, collecting vinyl records, and spending quality time with friends and family.

Thank you Onry for sharing the details of your personal experience. How lucky we are in Portland to have such an amazing talent like you. We had tickets to see Sanctuaries last April and I am so grateful that there is plan to present the work next April. We will be watching for ways to support local artists in the meantime.

May Maylisa Cat writes about how helping a friend apply for the citizenship exam revived memories of her own experiences of educational discrimination and marginalization.

Intisar Abioto explores the legacy of Black artists in Portland and the meaning of that history for current creators in the community, as part of Oregon Humanities' Emerging Journalists, Community Stories fellowship program.

Ifanyi Bell writes about growing up tolerated and underestimated in Portland in the 2014 “Quandary” issue.