If You've Made It This Far

An excerpt from Don Waters' memoir These Boys and Their Fathers 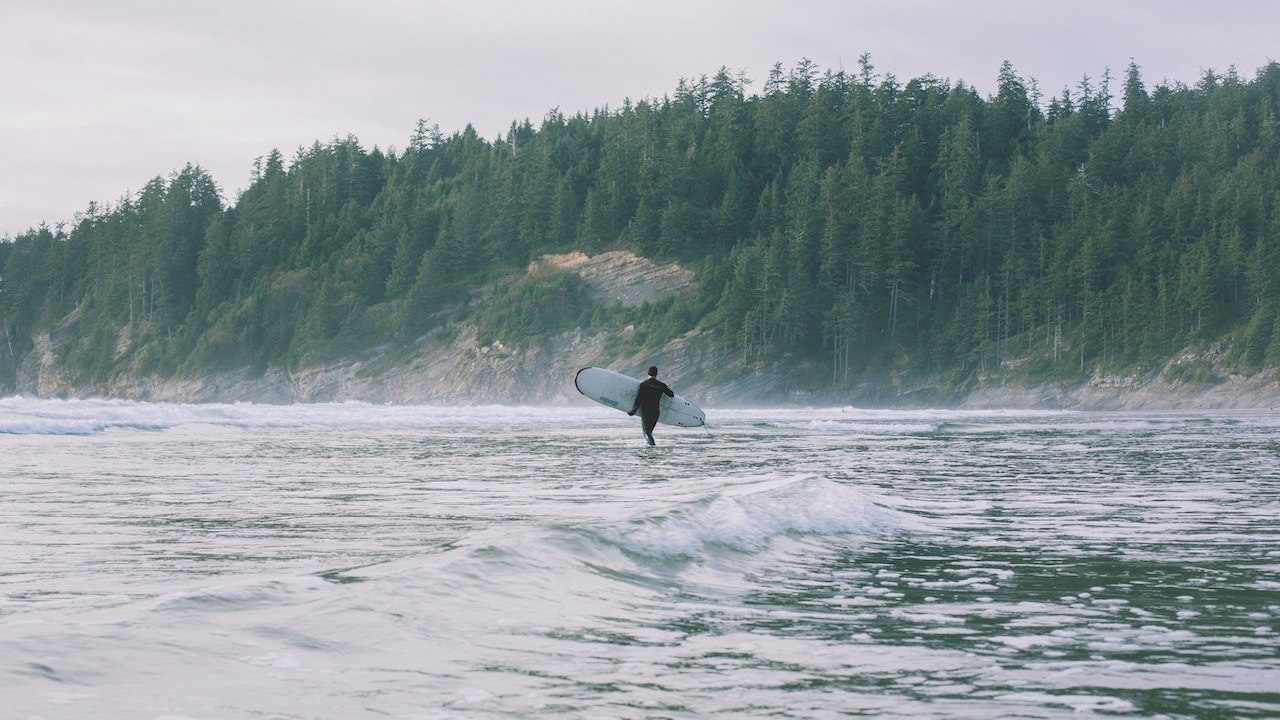 In April, I return to Portland yet again for another extended visit. Early one morning, I rise early, make coffee, and sit with my notebook in the bungalow's living room, looking over half a page of memoir notes. I have so little.

After months of kicking around the memoir idea, I finally make the decision: I can't do it. And I give up. For the third time. I just can't do it. I don't know how. Opening the door on the past invites nearly constant pressure inside my chest. My father is a shadow of a shadow. He'll always be a shadow of a shadow. And so I decide to emulate Mom by keeping past events at a safe, manageable distance, content to disregard how the past shapes the present. I shove "The Story of My Life" inside my computer bag. I shove the bag in the closet. I abandon the idea. Like he abandoned me. I feel like a fool for considering it.

Life is moving along fine now. Sure, Robin and I have weathered a lot. Her mother's death, my father's. Despite our arguments, our resentments about how things played out in New Mexico, we've stayed together. Eleven years. That's more or less a marriage. I've never felt closer or more connected to another person. There were certainly some deep ruts in the road early on, including facing my issues with anger and trust and attachment. These days, I've noticed, we're caring for each other in ways that signal we're still a team. At home, we listen to Lucinda Williams and gossip and drink wine and watch stupid reality TV dating shows and dance ridiculous dances in the kitchen while singing along to Air Supply's "All Out of Love." We enjoy taking the dog on hikes at the coast. When I laugh while reading on the couch, it makes Robin laugh in another room. In the past we've vacationed in Tulum, Montana, New York, Maui, and Romania. The rental bungalow where we washed up sits on a quiet street near a park in the hills above downtown Portland, and we both think our dog, Mercy, is the strangest, most incredible animal alive. Sure, we argue about household chores, and even though I complain about feeling aggrieved for doing all of the vacuuming, I also conveniently forget Robin does most of the cooking. It's a partnership, more or less a modern, bohemian life. So why would I want to complicate the balance by wasting time looking for ghosts inside the haunted houses of my past? I need to move on.

The Pacific is about an hour's drive from the bungalow. I head over the coastal range and pull into a parking lot along the highway. To the south, drifting fog makes Neahkahnie Mountain appear shrouded in smoke. I get naked in my pickup and wrestle on my wetsuit. Then I shove a jug of water, an apple, and a plug of wax in my backpack. I free my board from the straps and carry it one-armed along a soggy path cut into a sloping hill dense with ferns, spruce, Douglas firs, and salamanders. Short Sand Creek runs shallow below an arched wooden bridge, and everything smells wet and pregnant. It seems like every fern and shrub is a different shade of green, punctuated here and there with purple flowers bursting from rhododendrons.

The beach appears through the trees. Twin capes form the cove, sheltering it from Coastal winds. This area is known as Smugglers Cove. A pirate ship was supposedly spotted here long ago, and the surrounding state park, Oswald West, was named after the governor who fought to keep Oregon beaches public property.

The winds can still whip around the headlands, and today the air smells ripe and briny. It's shivery weather, hovering just above sixty degrees. Short Sands brings to mind Crescent City—few people, epic scenery, and surfers enduring the same cold water. Before I make my way in, I pass several beachgoers who have staked a camp around a driftwood pile. One little girl runs toward the surging water with her arms raised. When a wave crashes, she turns and runs back to her mother, giggling. I overhear the mother ask her daughter about the waves, and the girl says, "It's scary."

I set my backpack against a half-buried boulder, strap on the leash, and wade in. From shore the waves don't appear too imposing, but it's different when you move into them. A few people float on their boards around the same area, where incoming swells hit the sandy bottom to form some decently sized waves.

I clutch the nose of my board and pitch it under an incoming wave. It passes. Another comes. And another. I plunge the nose again and jump on and paddle toward one more, turtle rolling before it collapses and shoves me back. I keep at it for ten minutes, getting thrashed. It's a struggle to get outside. The cold water energizes me, but getting accustomed to the feeling of ice cubes rushing into my suit and across my chest is always gnarly at first.

Finally, an opening. Again, I paddle hard, feeling my back strain, and pop over the lip. The wave crashes behind me. I've made it. I need to rest. Three feet, four feet-the waves are small but powerful and the water is frigid. When I'm lying on my stomach, a three- or four-foot pyramidal wave can seem mountainous. Waves bully you until you learn how to get along.

Forty yards from shore, I join a loose crew spread out along the break. I choose my spot, sit up, shove my hands in my armpits, and wait. Everyone's friendly, which I like. There's an unspoken agreement that if you've made it this far—if you're out here—you're due some minor respect. Nearby, a woman raises her gloved hand and claims a wave, and I watch her drop in and carve across it.

There's little wind. The wandering fog reduces visibility to about three hundred yards. It's a marginal swell, and I wait just outside the impact zone, where waves bend into frothy surf. My legs dangle in the green, murky water. I triangulate by choosing a banana-shaped chunk of beach driftwood and the tallest tree on the southern cliff. The idea is to maneuver into the best position to catch a wave. I'm not by any means a remarkable surfer, certainly not like those raised near the ocean. Out of ten attempts, I'll catch three rides if luck's with me, but each ride will push a thrilling tingle up my spine, which makes me return for more. Those other seven attempts? I'll get whipped, crushed, destroyed.

Flotsam drifts by—seaweed, waterlogged branches. It's not unusual for seals to poke their heads above the water and scare the shit out of me. A gigantic concrete dock recently washed up on shore at my other surf spot, Agate Beach, about a hundred miles south of here. I showed up one morning and there it was, beached. Later I learned the dock had drifted from Japan, a remnant of the tsunami. Scientists from Hatfield Marine Center descended with blowtorches, afraid of invasive species, scorching every living barnacle.

Now, out on the water, the girl and her mom look smaller. I wonder how we look to them. Little black specks, Thursday morning escapees. Before shoving his autobiography inside my computer bag and kicking the bag into the closet, I finished reading through the entire document. I read slowly, knowing I would never read it again. His autobiography told me everything and told me nothing: just a jumbled chronology of facts and anecdotes. He lectured. He summarized. He pontificated on subjects I don't care about and overlooked subjects I do. When something agreeable happened in his life—when he found a job, opened a surf shop—he punctuated these occasions with the phrase "Life was good."

While I read, I looked for similarities in our lives, places of overlap. I wanted to connect our disparate stories. After all, we understand our lives through narrative. We're born. We graduate. Fall in love. Marry. Have children. Stories connect these events. Beginning with our earliest memories, we develop a personal story, and over time that story—how we got from there to here—accumulates more stories, and the sum of these stories helps us situate ourselves in life's continuum.

In my story, my father is a character who vanished and then made a late reappearance. His absence from the backstory confused my early narrative and still disrupts my present one. Very early on, I learned to manage my story to control my shame. I learned to lie. I learned not to ask Mom.

A central tenet of good parenting is to help your child build self-worth and self-definition through mirroring and validation. Like the mother asking her girl about the waves. By asking, the mom validated. By repeating, she mirrored. My mirrors were warped. Without a father around, I questioned—again and again—my worth as a person and my very existence.

According to childhood behaviorists, children are naturally self-centered little creatures. They're unable to see the world beyond their narrow perspectives. Children believe that anything that happens, good or bad, is a consequence of their own actions. When my father left, my young mind interpreted his disappearance as something I did. It was me: I did it. I did it, and since I did it, I must be horrible. All these years later, even though I talk to a therapist weekly, even though I understand how the young mind processes information, that black cloud still follows me around.

I maintain my position by triangulating between two distant points, easing my hands into the water, paddling forward, backward. I wait for the right wave to guide me back to shore.

©2019 Don Waters. Used with permission of the University of Iowa Press 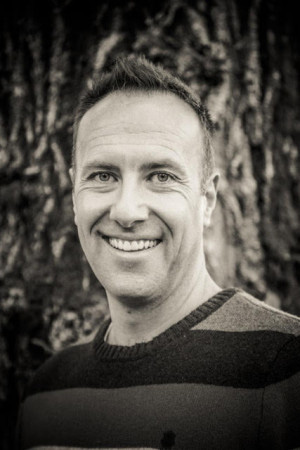 Don Waters is the author of Sunland, a novel, and the two story collections The Saints of Rattlesnake Mountain and Desert Gothic (Iowa, 2007). He teaches at Lewis & Clark College, and lives in Portland, Oregon.