When success is the debt you owe your family 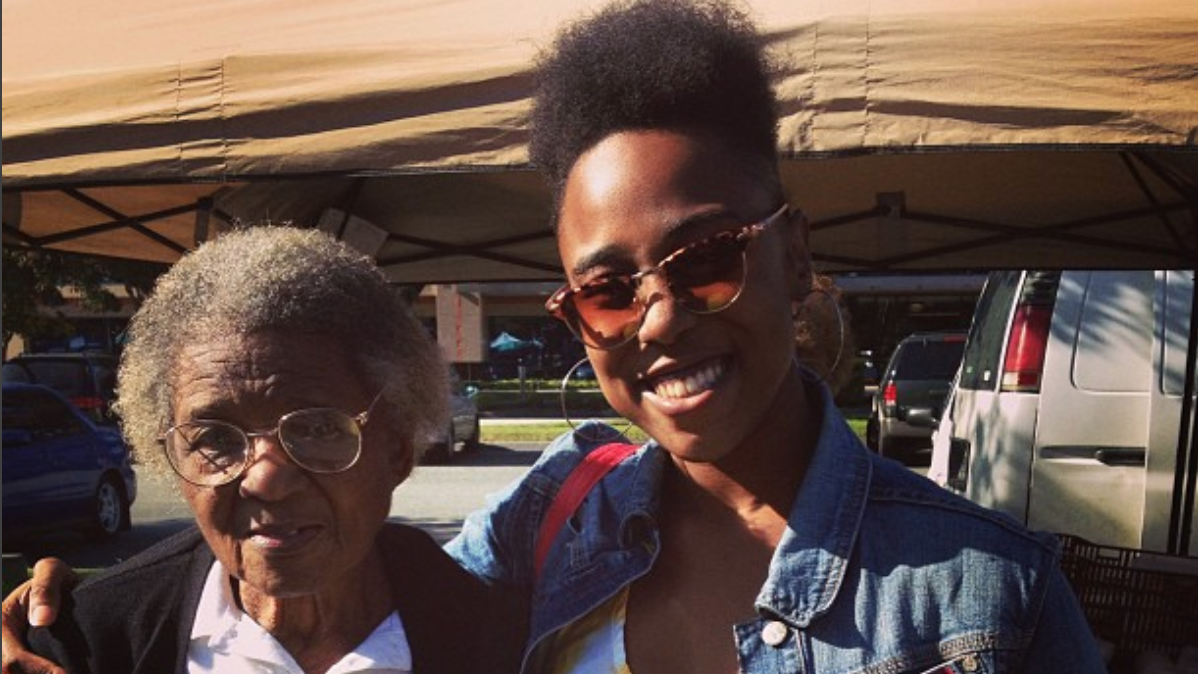 When I was twenty-two, my mom called one day at work and asked me to meet my Uncle Jimmie at the hospital with my grandmother.

I drove straight there when I got off.

Doctors ran tests on her. Uncle Jimmie and I talked. There was one moment that I’ll probably never forget. My grandmother didn’t know where she was and she was speaking gibberish.

It was one of those moments that marked a change.

Jessie Mae was the matriarch of our family. When her husband, my grandfather who I never met, passed away she took on the role as sole provider for three of her seven children. The others were already old enough to take care of themselves. And when some of her sons and daughters had kids of their own, Jessie Mae also helped raise them.

I never asked her if she felt obligated to help all of us. She usually gave cheerfully, the way 2nd Corinthians says you should. And she continued to give until she passed away.

Jessie Mae made me breakfast before school, ironed my uniforms, and gave me change to go to the candy house around the corner or to the ice cream truck.

She believed I was smart and capable of doing great things in my life. She always commented on my good grades and ability to make friends and other types of connections. She told me that I was going to be successful.

She wasn’t the only one in my family who showed up for me. Since I was a kid, my Uncle Jimmie had personally invested in my success. Being one of the youngest grandchildren has served me well—he’d helped a couple of my cousins along the way, but their growing up made room for me. They were practically adults during my childhood, most of them being at least ten years older than me.

He gave me and my brother a computer when I was in middle school. While its intended purpose was to to complete homework assignments, I’d say Uncle Jimmie is partially responsible for my pinball game obsession. (Shout out to 3D Pinball Space Cadet on Windows!) He helped pay for my first international trip as a high school student. He gave me advice that I didn’t ask for but surely needed.

Then he let me live with him in a Los Angeles suburb. I moved in the August after graduating from college.

It was during the time I lived with Uncle Jimmie that I quit my job without a plan. In my defense, it wasn’t a job that I’d wanted in the first place. After graduating with a bachelor’s degree from a top public university in California, I was working in retail. My manager placed me in the electronics and toy departments, where I unlocked glass cases to retrieve the recently released iPhone 5 for customers and put Lalaloopsy dolls back on shelves.

I knew Uncle Jimmie would be disappointed that I quit. And that made my stomach turn. The only money I had in my bank account was from the paychecks I’d saved from working at the store for a month. I had no excuse for quitting, except that I felt too good to work there. Or at least that’s the thought a woman in human resources put into my head. I internalized that question: do you think you’re too good to work here?

I didn’t say yes out loud when she asked but I surely thought it. I wish I could’ve told myself, in Kendrick Lamar’s voice, “Be humble. Sit down.” I didn’t have much other experience at the time, only previously working in another retail position, serving programming staff at my university’s cultural center, and interning for a small, local newspaper. Still, making less than ten dollars per hour didn’t fit the description of what I thought I’d be doing after college.

In addition to my own expectations for myself, I thought my family expected— and wanted—more from me.

After my last day at the retail job, I settled in my room on the second floor of Uncle Jimmie’s home, then I peeked around the corner into the next room, knocking ever so slightly for him to notice I was there but not to startle him out of the work he was doing in his office.

When he turned around, I said, “I have to tell you something,” words that often mean the speaker is going to deliver some unpleasant news. Then I blurted it out. I wasn’t going back to my job.

What was my plan, he asked. I didn’t have one but I was going to figure it out. I knew that I needed to do more to hold up my end of the unspoken bargain. While I didn’t have to pay rent, I was an adult now, and I was supposed to be able to hold my own. I had to pay for gas, buy my own groceries, and begin to make payments on the loans I’d taken out for my college education.

While I don’t imagine that he’d ever expect me to pay him back in cash, I owed uncle Jimmie the confirmation that I was going to make good on his efforts to help me be successful. I had to be a working adult, willing to stay at a job long enough to say on my resume that I’d been with a company at least two years. He’d once told me that it showed consistency and commitment.

About a month after I quit, I landed a part-time job at a library, where I was working when my mom called me the day Jessie Mae got sick. I felt better about working at the small community library. And while I still wasn’t where I wanted to be, I was doing my part. While my uncle never explicitly told me that I was disappointing him, once I secured that job, I felt like I changed his mind about me and my work ethic. I was beginning to pay back what I owed.

I recently attended a webinar and discussion that focused on families and what it looks like for them to thrive. One of the participants said, “family is about reciprocity.” We are all expected to show up for one another, especially in times of need.

This idea got me thinking about what family should and does look like for me, as well as what role I want to play with people who I consider kin, like Uncle Jimmie and Jessie Mae. What expectations was I OK with having to meet? What did I expect in return?

A few months after Jessie Mae was first hospitalized, she was diagnosed with dementia.

And as she would have done for her children and grandchildren, everyone stepped up to help make sure she was taken care of. We had a schedule for when she was supposed to eat, take medicine, and get a bed bath. We had a routine in place, and people contributed as they were expected to.

Six months after I started working at the library, I landed another, higher paying, full-time job. That same week, my grandmother passed away. She never got the chance to see me in my grown-person clothes, and I never got to pay her back for all the sour punch straws and strawberry shortcake ice cream bars that I ate in my youth. I never got to pour into her the way she did for me.

I feel like I owe it to Jessie Mae, uncle Jimmie, my mom and so many other people who came before me to be successful. They worked hard and sacrificed for me to be where I am today, for me to be able to feel entitled to higher paying jobs that they weren’t always able to attain.

When I finished graduate school, I gave my Uncle Jimmie a thank-you card. I told him I didn’t know if I could ever repay him for everything he’s given me but that I’d try.

Native Los Angeleno Deonna Anderson is a freelance reporter who is currently based in Eugene, Oregon. She has experience covering city government, social issues, and equitable economic development. Anderson's work has been featured in Next City, The Marshall Project, and Vice's Motherboard. She is an alum of the University of California, Davis and the CUNY Graduate School of Journalism.

Deonna. I loved your essay. Thank you for the reminders about the core elements that make for a good family while we are all living, and good memories when some folks pass on.