Putting in the Work 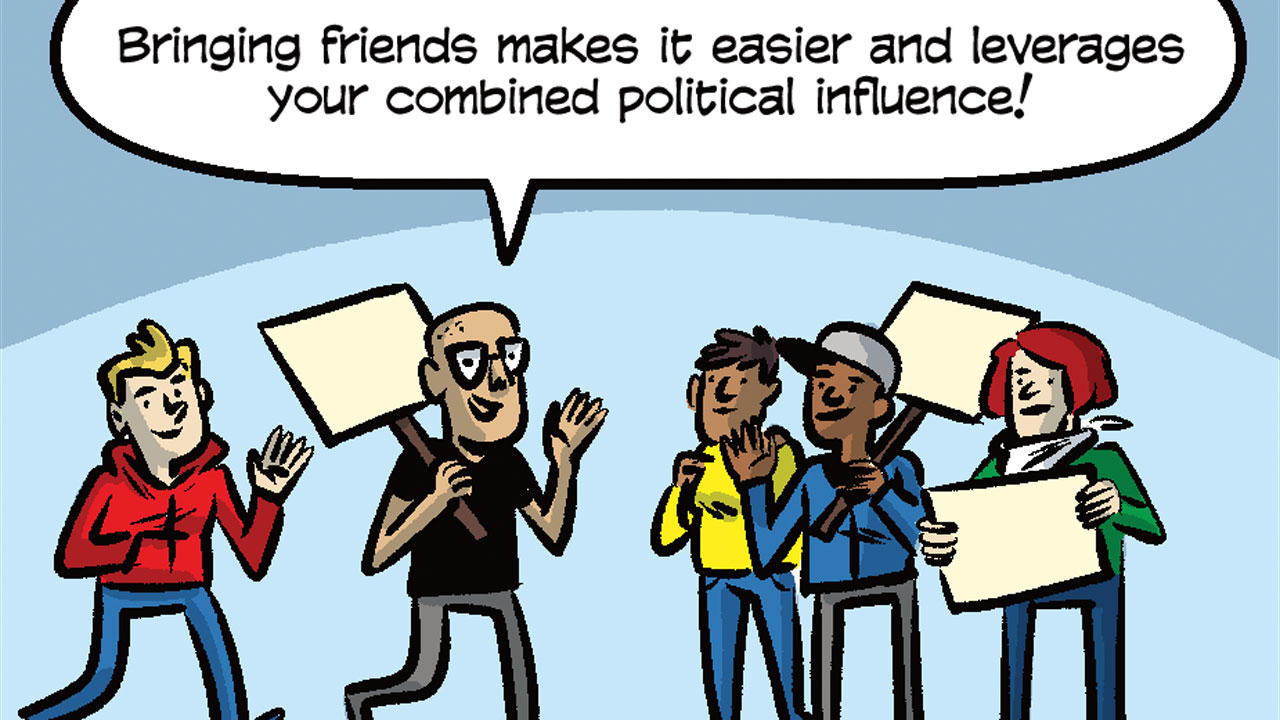 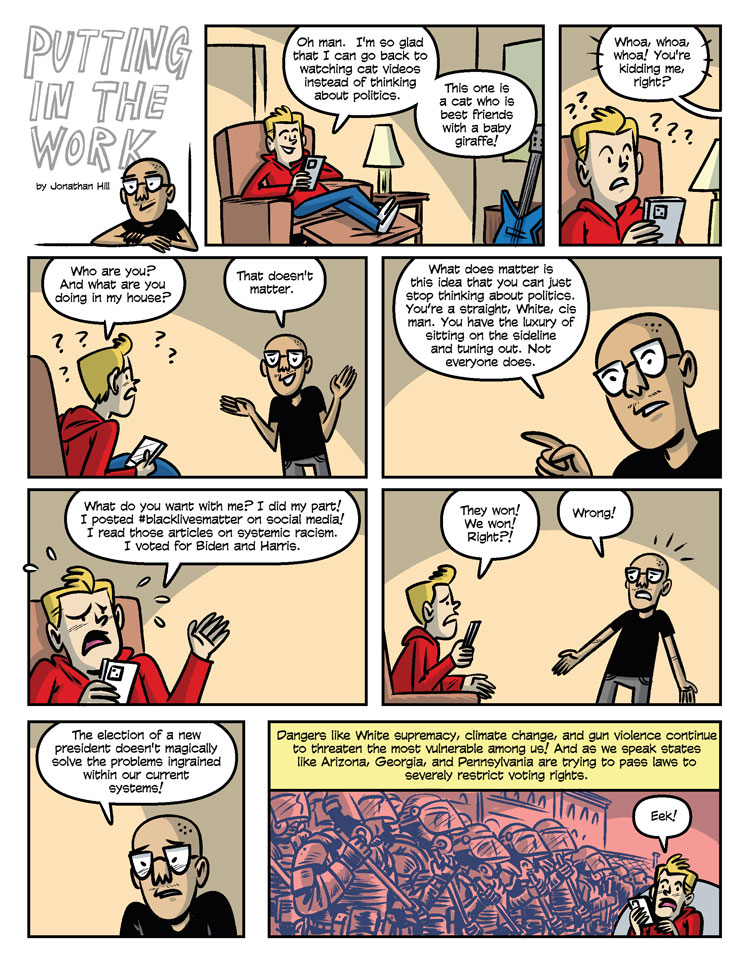 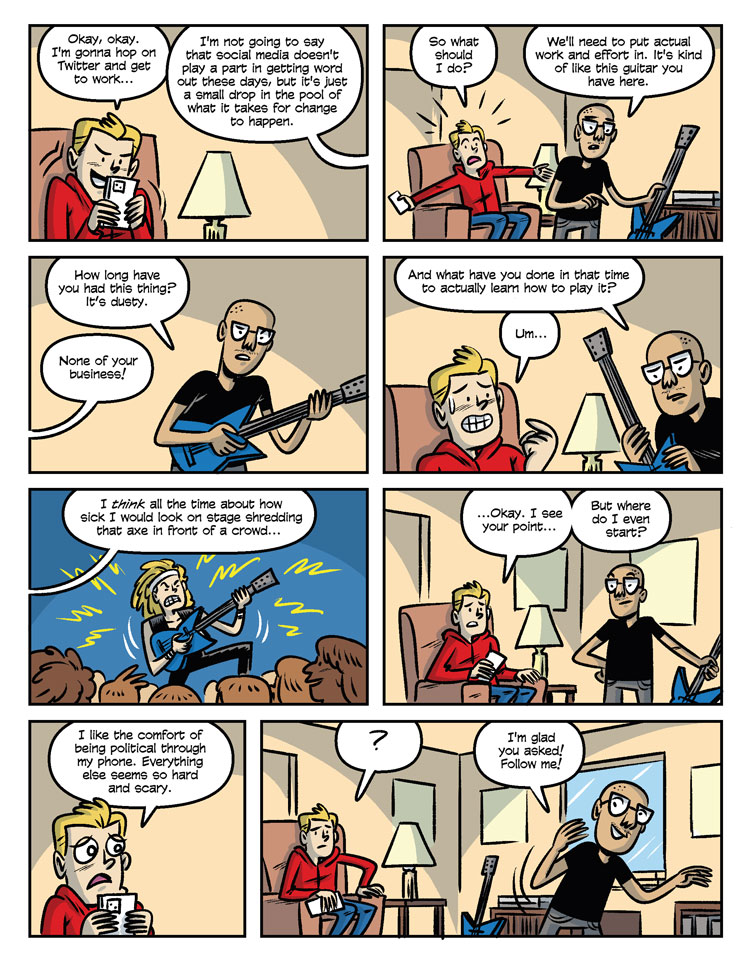 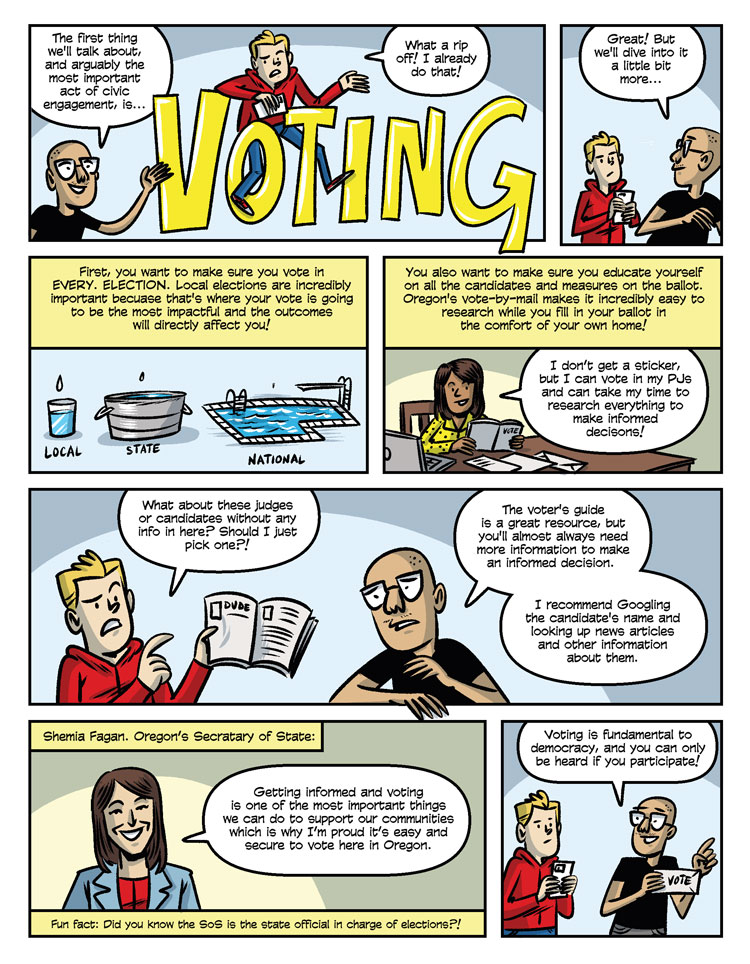 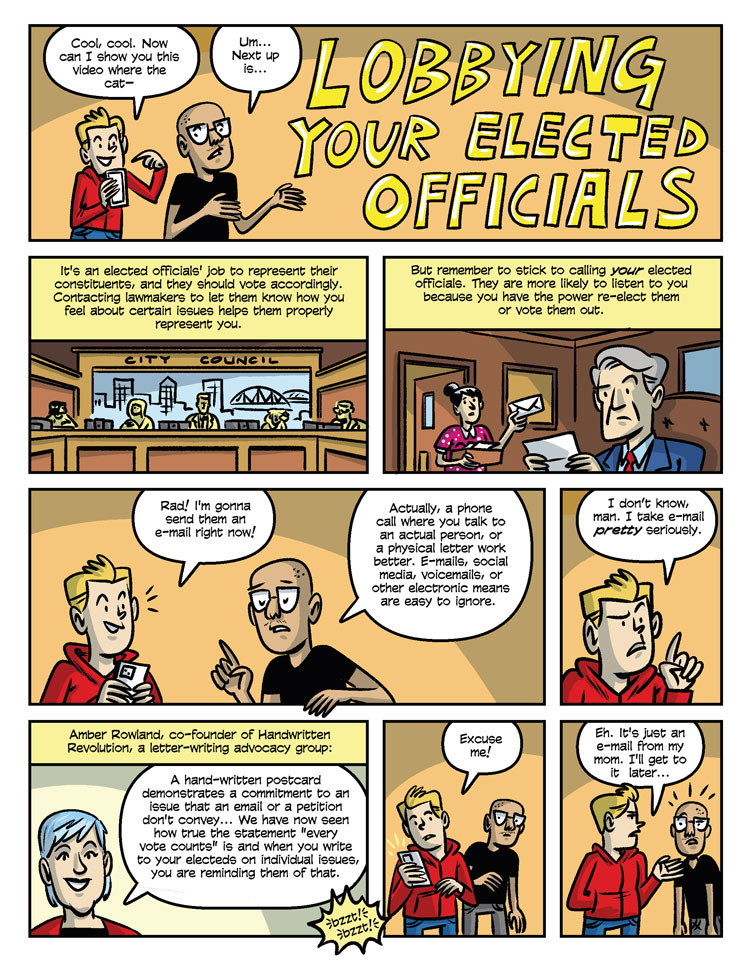 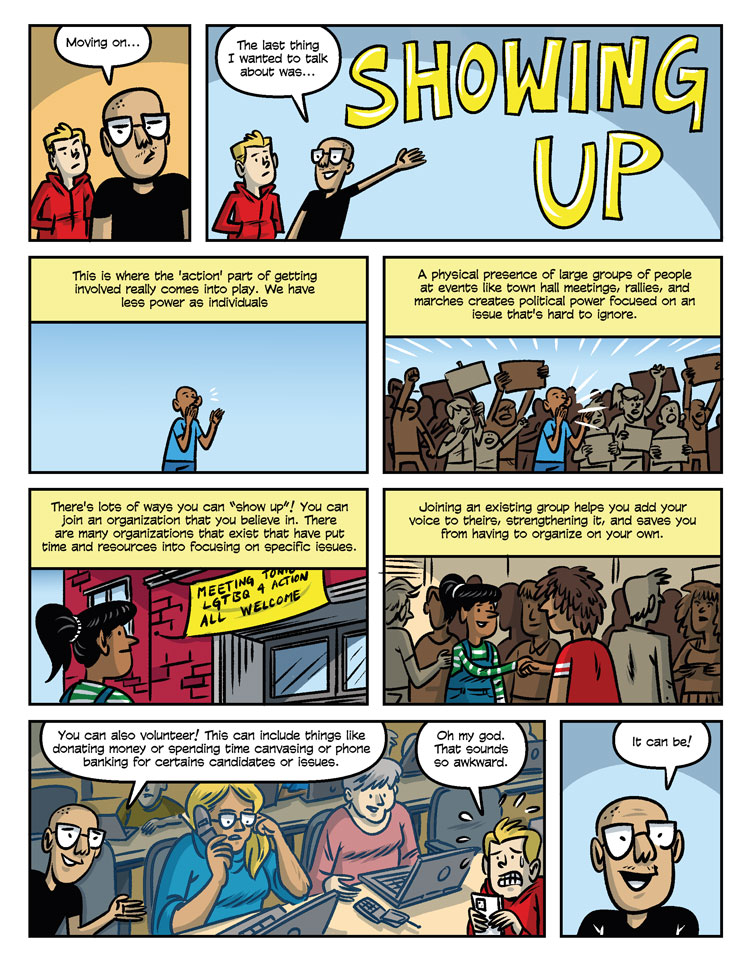 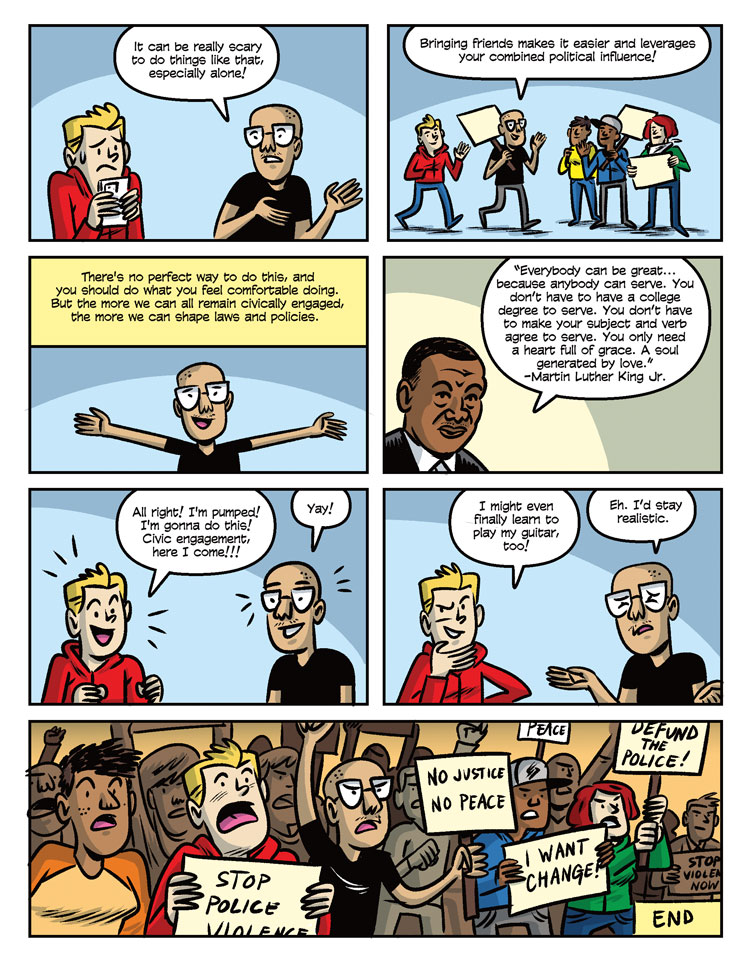 This comic is part of a series of four comics on democracy and civic engagement funded by the “Why it Matters: Civic and Electoral Participation” initiative, administered by the Federation of State Humanities Councils and funded by Andrew W. Mellon Foundation. 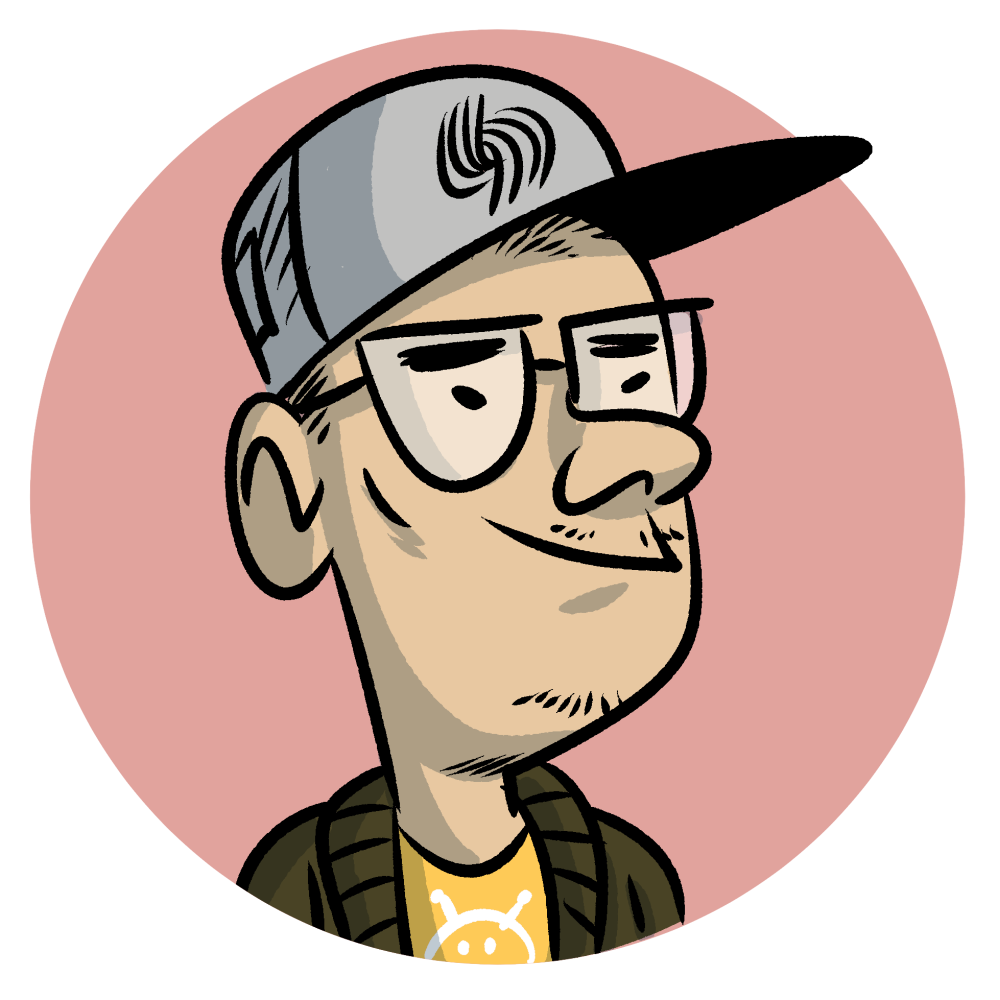 Jonathan Hill is a cartoonist, illustrator, and educator. Some of his clients include the Portland Trailblazers, the Viet Nam Literature Project, the Inlander, Fantagraphics Books, The Believer magazine, Literary Arts, and Powell's City of Books. His first two books were published by First Second Books, and his latest book, Odessa, was published by Oni Press. In addition to making comics, Jonathan taught comics at PNCA for six years and currently serves on the board of Literary Arts and the development council of OK You.

Lucy Bellwood illustrates the history of voting rights in Oregon and efforts to expand who gets a say in our democracy.

This comic by Sarah Mirk explores how Multnomah County won universal preschool in 2020.