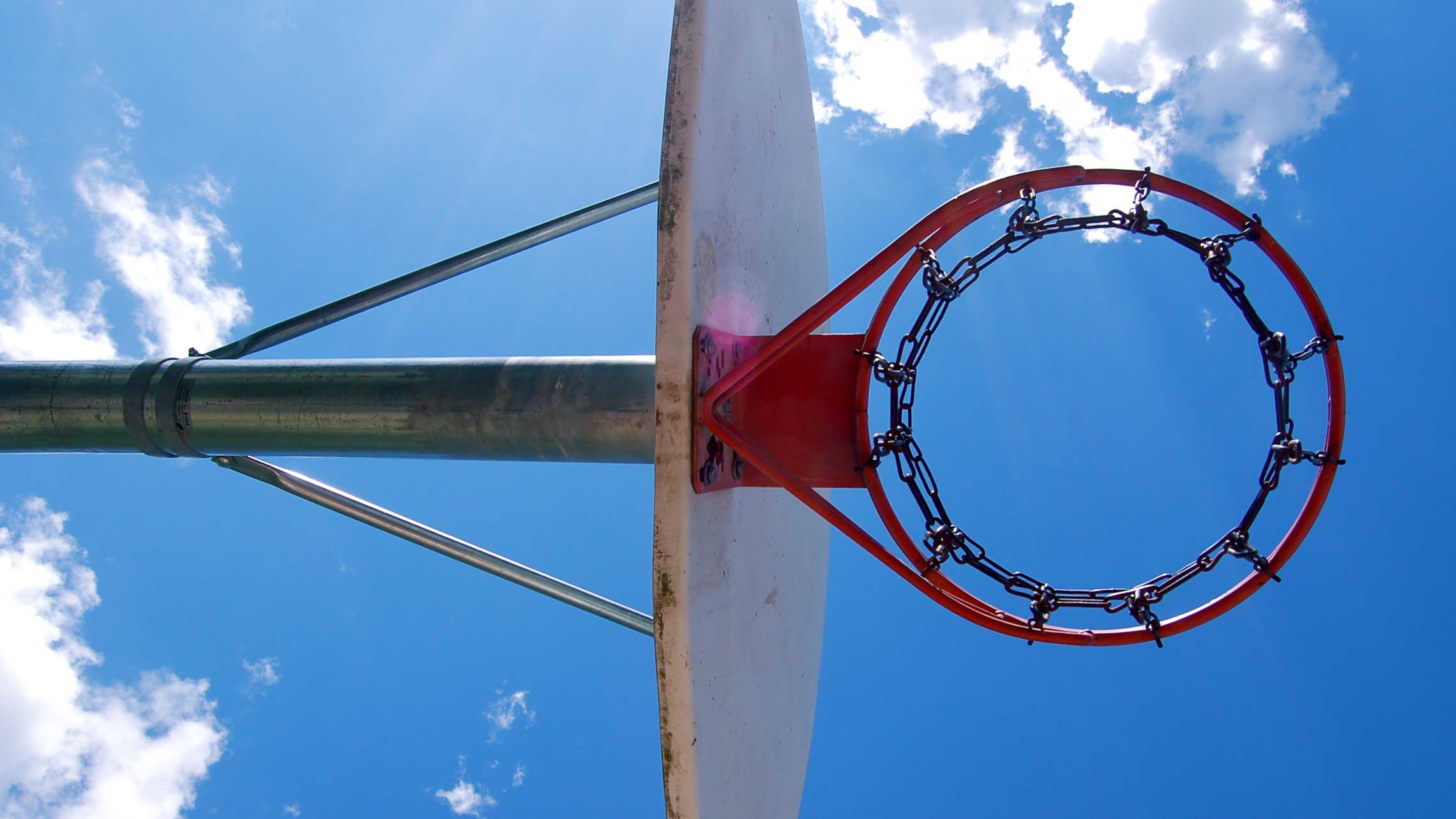 My friend Pete was the center on our basketball team, a really good team that played together two nights a week for seven years in tough men's leagues in Boston, and these were serious leagues, I tell you, with college football players trying to stay in shape, and guys who had been in professional basketball training camps but washed out for various reasons, and guys who thought they should have been in pro camps and tried to take out their frustration on the opposition. There was a lot of wrestling, and wrangling, and large muscular intent annoyed peeved people in those leagues, and very little attentive refereeing that I remember, but somehow no one ever managed to move Pete.

He was rooted exactly where he wanted to set down roots, is what I am trying to say. He would trot around lively as a huge rabbit and then he would decide to pitch camp under the basket and after he set his feet and put up his tent no man ever born could move him, and many men tried. They would bang and jostle and shove and elbow him, and hammer and push and strain, and try to use their hips and knees as leverage, and he would be as serene and placid as a man smoking a cigar in the bath on Sunday after the rest of the family has gone to Mass. Sometimes two guys would bang away at him at once, one high and one low, and even if they were big guys with muscles and attitudes they would bounce off, and snarl and curse and utter imprecations of remarkable vulgarity. I never heard such language as I heard under the baskets in gyms in Boston during the years I played ball with Pete twice a week. It was shocking.

He was rooted in other ways, I slowly discovered, as he and I got to be better and better friends. He never lost his temper, no matter how far he was goaded toward that circle of hell. He was, as was apt and right for a center, centered. He was calm and imperturbable. He knew what he was about and he did it with grace and aplomb, and whether it went well or ill he was satisfied, having made the requisite effort. He enjoyed good teammates and endured poor ones with the same attitude, the same consistency of his own play, and the same amused encouragement. I sometimes thought that if he had walked out onto the floor with four sparrow chicks, instead of four other men in their supple and foolish twenties, he would have been just as encouraging to the sparrows, and played just as hard and well, and accepted the inevitable loss, or the stunning victory, with the same admirable equanimity and easy amusement, and probably bought beer for the sparrows afterward.

Even after we stopped playing ball together, as we got up into our thirties and suffered the insistent tiny deaths of the aging male athlete, I remained a student of his rootedness, his centeredness, his calm and sure selfness—very different from selfishness, or solipsism, or arrogance. Two stories stand out especially for me, as I grope to say why I so admire that trait in him, why I think of it as an education, a compass point, a lodestar.

The first was careerish. Pete worked for a huge bank, and he rose so quickly through the ranks that not once but twice he was offered the presidency of banks elsewhere in these United States. But both times he declined, preferring to live with his wife and children in the state and along the ocean and among the family and friends he loved; and finally he switched professions altogether, rather than pull up roots.

The second was a couple of years ago, when his one beloved sister died. Pete strode to the altar to deliver the eulogy. This was in the church where he and his sister had prayed as children, growing up a few blocks away. The church was so crammed with family and friends that a hundred people stood silently outside on the steps and street. Pete told me he got to the lectern, and gripped it with both hands to get his bearings, and closed his eyes to calm himself, and when he opened his eyes, and scanned the crowd, he saw not only family and friends beyond number, people he and his sister had known and liked and loved all their lives, but also, standing in the back, arranged in size order and grinning like bears in summer, our entire basketball team, some of whom had come from afar to be with the tree when it was assaulted by loss and pain.

He gave a great eulogy—eloquent, funny, piercing, witty, heartfelt, and delivered with a calm, relaxed, conversational tone that amazed everyone. But it was what he said afterward I think I will remember best. "I looked up and you were all there," he said quietly. "I fed off that. I'll never forget that. When it was time for the game to begin, you were all there."

I think often of the taste of my grandfather's grapes and of the meat from my father's knife. An essay by Hanna Neuschwander

The boundaries between "what was" and "what is." An essay by Dionisia Morales

Not starting and starting again. An essay by Brian Doyle