"I'm Not Staying Here Another Day"

A conversation with Isabel Wilkerson and Rukaiyah Adams 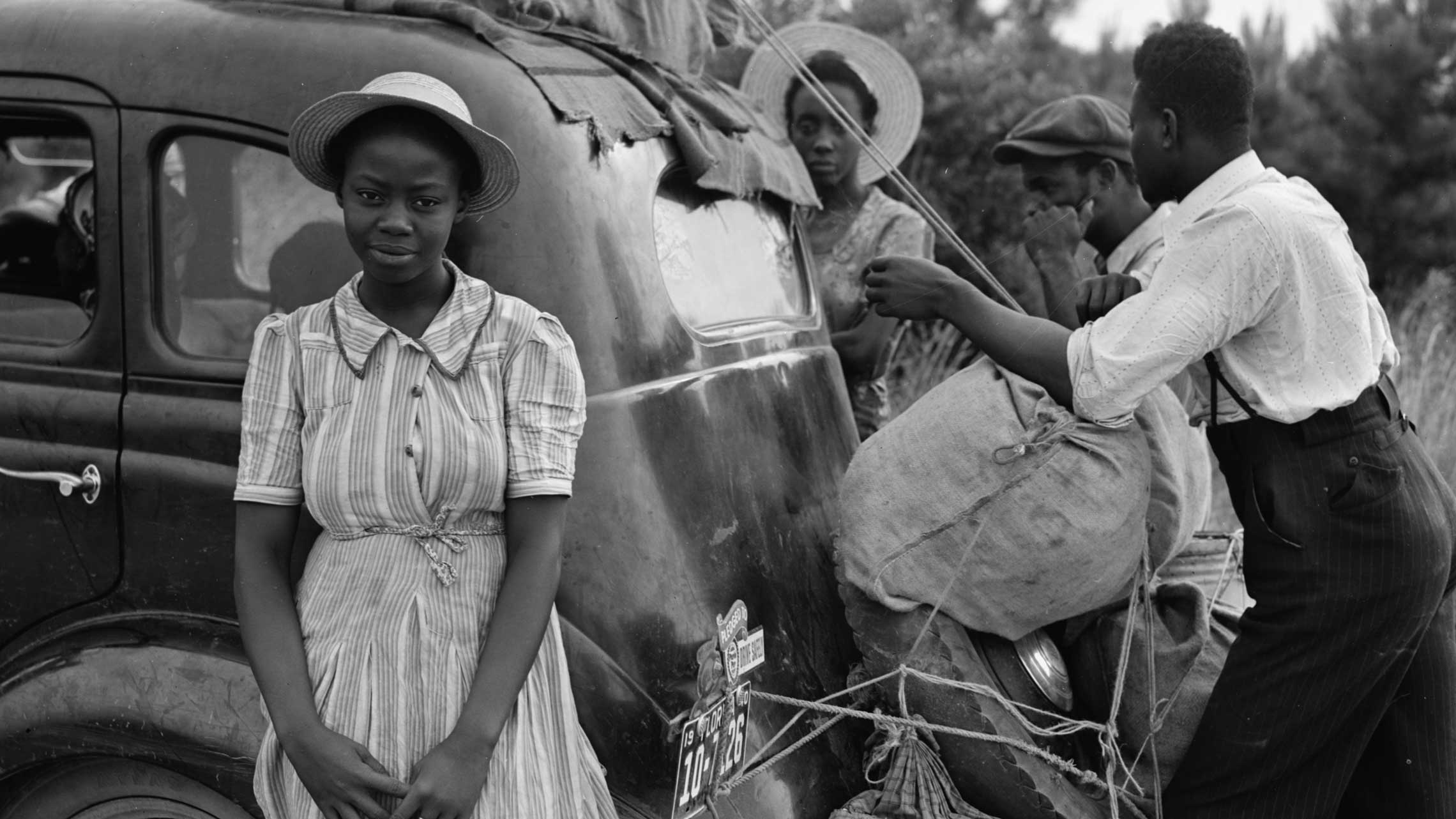 Isabel Wilkerson is the author of The Warmth of Other Sons: The Epic Story of America's Great Migration, which tells the stories of a few of the nearly six million African Americans who, between 1915 and 1970, fled the South for northern and western cities in search of a better life. Rukaiyah Adams is a fourth-generation Oregonian whose family was part of the Great Migration. They talked about the role of women in the Great Migration and the resiliency of those who participated in it. The following is an excerpt from their conversation.

Rukaiyah Adams: Based on my family's story, the women really were the ones who said, "Okay, we need to figure out something else here." The stories are told within the male framework, like the male pastors who led the church and who got jobs. But the real muscle was my great-grandmother and her friends who basically gathered up four thousand people to show from Louisiana to Oregon so that men could get work on the railroad and the women went to work in the garment district. They were the force behind the transition and really were the force behind the re-rooting in this new place. What are your observations about the role that women played in particular in the Great Migration that are distinct from the role that men played?

Isabel Wilkerson: Women were often the ones who were, in our society, expected to have the primary role of taking care of the children. I have heard many stories of women who, when they were expecting, and they had been born and raised in the South, and they saw what was going on around them, they saw how oppressive and dangerous—there were lynchings and there were beatings and there were whippings in twentieth century time, meaning we are not talking [about] enslavement—the women would say, "I do not want my child raised here."

And the mothers would just say that, "I do not want my child here, period." Together the husband and the wife would figure out, "We're getting out of here because we're not raising our children here, we're just not going to raise our children here." That was a universal, very common concern that both men and women would express. But very strongly from the women—that they were the ones who would put their foot down and say, "I'm not staying here another day."

The other thing is that insecurities and threats against a person based on gender were different and equally frightening. Women in the South during that era—and you could say even now, but particularly during that era—could not be assured of safe passage just going to work, could not be assured safe passage in their homes by themselves. Anything can happen at any given time and people in the upper caste—meaning the white Southerners—could do whatever they wanted and there would be very little that the men could do. They would attempt to protect their wives and their women, but there were threats against them and they could lose their lives even standing up for them. The world was so distorted that there were reasons why men and women would have a strong urge to escape and to see what life might be like somewhere else.

It depended on the family. For some families, it would be the man who would go out first—it's a very common experience that the men go out first to go and stake out some place in another city that was on the route of the migration. Then in other cases it would be the women who would set forth. A lot of it has to do with the circumstances of the individual, the personality and force of will of that individual.

Adams: That's exactly happened to my family. My great-grandmother's youngest son was killed by a police officer and that was the end for her of participating in the protests in the South. At that point, she thought, "For the sake of my unborn descendants, I've got to orchestrate this move." She was the one who sent seven men out to seven cities around the country. One of them went to Chicago, one went to Cleveland, one went to Long Beach. My grandfather was the son she sent to Portland, and a year later he came back and said, "I think we can make a life there, these are the reasons why." And off four thousand people went and relocated to Portland. I had never thought of her maternal drive as the force behind it, but her son had died and she had seven more who were adults and she was just done with it. And now here we are. . . .

Wilkerson: For the people in [The Warmth of Other Suns] there were three roots, three migration streams. The stream to the West Coast included your family, as a classic example of Louisiana out to the West Coast. In the book, it's Los Angeles, because that was one of the biggest singular receiving stations of the Great Migration out to the west. But African Americans in the South, they went everywhere. There is no state they did not go to. They went everywhere. They went to Maine, they went to Alaska, they went to Hawaii. I actually met a woman who made the furthest possible migration that you can make in this country­­. She went from Florida to Alaska.

Portland and Seattle were receiving stations from Texas and Louisiana--and other parts of the South, but primarily from Louisiana--as people spread themselves all over the country and reclaimed their status as American citizens. They were acting upon their birthright as American citizens whose ancestors had helped to build this country for free. They had every right to consider any place in the country where they felt there was opportunity to raise their families and to live out what they hoped would be a version of the American dream. . . .

Oregon was one of the states that actually prohibited Black people. California had legislation that had been introduced to prevent Black people from living in the state. Oregon was one of the states that actually acted upon that quite some time ago, and you may know more about that than I do. it is interesting that they took their chances and cast their lot in states that had been-they may not have known the legislation of them on the books at the time that they made the migration or that these states had been a resistance in the past. They cast their lot, ironically, in states that had a mixed history or a challenged history when it came to welcoming African Americans to their land, their soil. They took that risk anyway.

Adams: The interesting thing and the ironic thing about Oregon—and I think my great-grandmother was aware of the state's history of excluding Black people—is that, during the Lewis and Clark expedition, there were two people on the expedition that interacted with the Native tribes. One was a woman named Sacagawea whose story most Americans know, but the other person was a Black man named York. These territories were explored and settled, in a way, as a result of an African American man who was capable of speaking many local Indigenous languages.

And so even though there was this legal construct, the social fiber of the place—it's the frontier—the legal overlay almost seems horrible, but it couldn't change fundamentally that this is the frontier and intelligent people thrive if they can tolerate the climate and have the willingness to just set out and to build something. So that's an interesting tension, I think, in the history of this place.

Wilkerson: Well, I think that is representative of the country as a whole. People of African descent have been involved in every aspect of the building of this country. Starting with Crispus Attucks in the Revolutionary War, for example, and even the settling of Chicago—Chicago was actually founded by Jean Baptiste Point du Sable, a man of African descent. He was Haitian. He was a fur trader before there even was a Chicago-he founded the place.

What you described is a perfect example of that—even though the laws might be there to keep African Americans from participating, they're there anyway. They were often there before the laws were created. It's a reminder to me that we have a long way to go in the country to begin to reconcile the role of people who have been forced to the margins, to recognize how central they actually are. They have been put on the margins and written out of history and excluded by law, but they still have been central nonetheless.

Another excerpt from this conversation was published in the Spring 2016 issue of Oregon Humanities magazine. Isabel Wilkerson and Rukaiyah Adams appeared live at Think & Drink at the Alberta Rose Theatre in Portland on July 20, 2017. 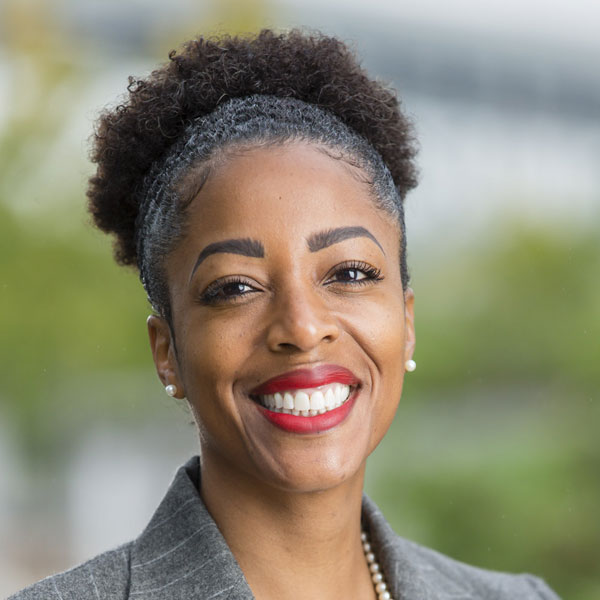 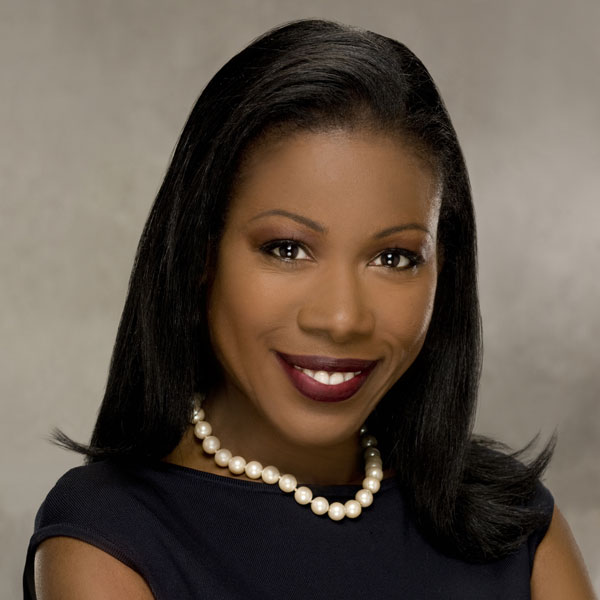 Isabel Wilkerson is a professor of journalism and director of narrative nonfiction at Boston University. She won the Pulitzer Prize for feature writing for her work as Chicago bureau chief of the New York Times in 1994, making her the first Black woman in the history of American journalism to win a Pulitzer Prize and the first African American to win for individual reporting. She was a guest at two Oregon Humanities' Think & Drink events in 2016. Photo by Joe Henson

Walidah Imarisha on revealing the stories and struggles of Oregon’s African American communities.

The long-persecuted Roma people begin to speak out. By Lisa Loving