I got my skinny thumb from my father. Did I get anything else? 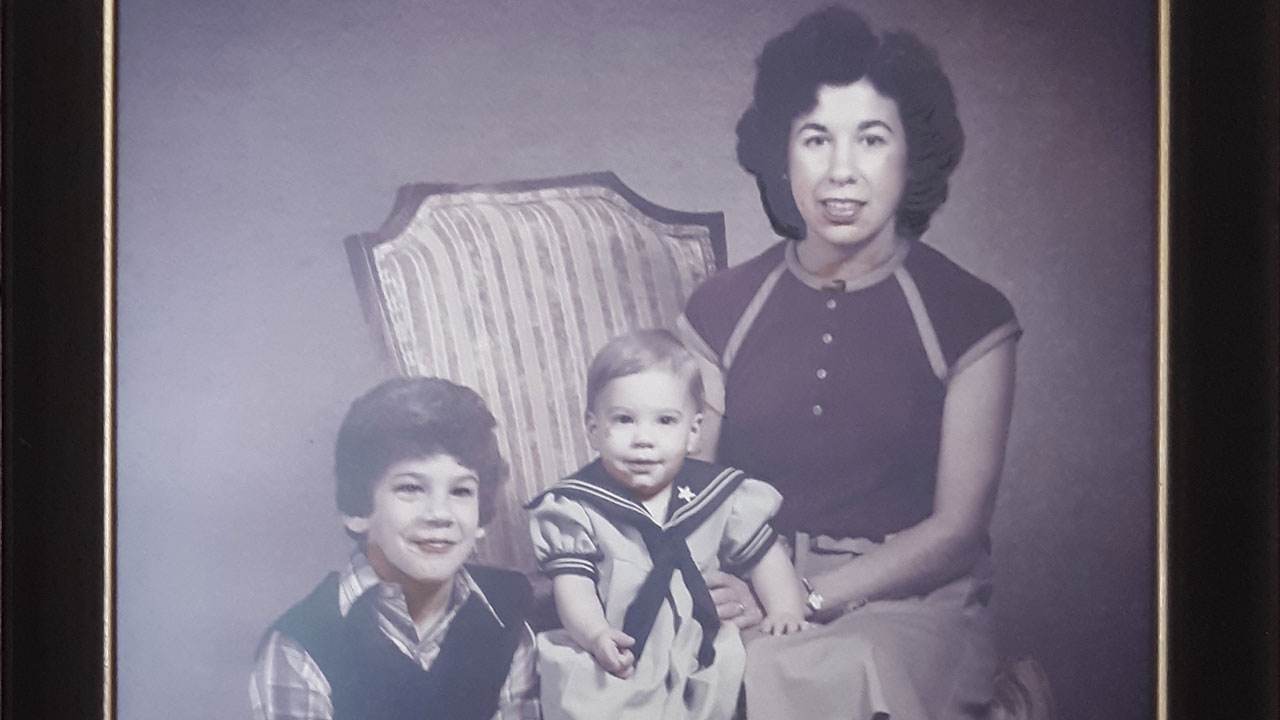 The author and her family. Photo courtesy of Melissent Zumwalt

I have two different thumbs. The right one is short and squat, narrow at the base and rounds to a thick bulb at the top, like a mushroom. It is identical to my mother’s. My left thumb is long and slender, extending a good half-inch past the other. This one is from my father.

I was thirty-three years old the day my dad sat in his doctor’s office and received news of his leukemia. Forced to face his own mortality, he cried. Although I was not present at the exchange, I saw it in my mind as clear as a photograph when Mom told me, and the photo disappointed me. Throughout the years my family endured countless heartaches: bankruptcy, incarceration, drug abuse. Dad remained indifferent to all of it. It took the thought of losing his own life to bring tears to his eyes for the first time.

In the midst of my resentment and confusion over his diagnosis, my left thumb, my dad’s imprint on my DNA, gnawed at me. How had his existence shaped mine? There had to be more than just a skinny thumb.

My mom was talented, attractive, personable. I grew up in the countryside of Oregon in an unincorporated area outside of Woodburn, but Mom originally came from the East Coast and wore fashionable outfits with matching shoes. She enjoyed reading books and going to the theater. Her work ethic was uncompromising. I adored everything about her. I wanted to be her.

But I was not her. My mom could not understand any of the adolescent angst I had about my appearance. She never dealt with being heavyset or acne-prone or having oily hair. These were traits I inherited from my father. As a teenager, I believed everything I hated about myself came from him.

Dad was messy. He abhorred physical activity. He wanted easy money. Playing solitaire on the computer was his only discernible hobby.

I spent my life disassociating from Dad, identifying so strongly with my mother it was as though I had convinced myself I was a virgin birth. If I could just will him out of my genetic pool, I could will away the worst qualities in myself. But my left thumb was a constant reminder—he was, inevitably, part of me.

A professional studio portrait hung in my parents’ living room. My mom sits with perfect posture next to me as a toddler. My older brother kneels next to us on the floor. The portrait must have required coordination, a scheduled appointment and money to arrange. My dad is conspicuously absent. Why isn’t he in it? Did my mom want it to be just the three of us? “No,” she said, “he forgot to show up.”

He skipped from job to job, refusing to stay anywhere that displeased him in the slightest, even if we were desperate for the money. He did not attend my school functions or any of Mom’s work parties. He would not even tolerate sitting through a movie if he hadn’t been the one to choose it. Unlike Mom, who was consumed by duty and responsibility, Dad could not be bothered to do anything he was not interested in.

In the wake of his diagnosis, I began to see a watered down version of his self-indulgence staring back at me in the mirror. I sometimes quit jobs mere days after starting. I did not cook or clean unless the mood struck me. I returned calls sporadically or not at all. I showed up at parties and left two minutes later, already bored. I was not beholden to dead-end jobs, dead-end relationships or dead-end towns. Moving on was simple for me. I put myself and my needs first, just like Dad.

My dad’s closet was always full of Army-issued grey T-shirts and dress uniforms that no longer fit him. He had some affiliation with the military throughout most of his life. When he went away to Army Reserve training camp each summer he never failed to bring a T-shirt home for me. I shoved them all into my bottom drawer and refused to wear a single one in public. As a twelve-year-old girl, I wore peace sign earrings to symbolize my political feelings about the first Iraq War. Dad was furious. He screamed things at me about “Hanoi Jane,” a cultural reference I was too young to understand, and demanded I take the earrings off.

In my freshman year of college I decided to major in sociology. The issues around class resonated deeply with me; I was the first one in my family to go to college. I came home bursting at the seams with Marxist social theory, waxing poetic on the slogan “from each according to his ability, to each according to his need.”

“Do you really think all people are created equal and entitled to the same things?” he snarled.

It was such a strange question to come from such a poor man. Surely he could see the beauty of a socialist utopia for people like us?

His voice increased an octave with each subsequent word, “You don’t think you’re any better, any smarter, than ALL THOSE IDIOTS OUT THERE?!”

Timidity seeped in. I grew confused about what we were debating. “Well, no, not really.”

In my late twenties I relocated to San Francisco and rarely went back to Oregon to visit. There was one Thanksgiving holiday I did come home for the weekend. It had been almost two years since I saw my dad last. As he came in from work, he made no move to hug me. I guess it suited me fine since I did not feel like getting up from the couch. He asked, “How’s the job?” and shuffled on to play solitaire in the next room.

Communication on my dad’s side of the family was sparse. Extended family members were like the Loch Ness Monster. I heard rumors of their existence, but I never spotted them firsthand. I had a mysterious Aunt Joyce and two half-sisters I never met. This lack of communication was not unique to my dad, it was the whole clan—grandma, grandpa, cousins, aunts, uncles, all acted in the same way. None of them felt bound by any sense of familial obligation to keep in touch. It was peculiar, because there were no dramatic falling-outs. They all just stopped talking to each other at some point, as if by a silently understood family code. I guess that code lived on in me too.

It was not surprising, then, that I was not with him at the end. He had been diagnosed with leukemia for about a year when Mom took him to the hospital, unwell. I considered flying up to see him but figured I would wait until it got really serious. Dad had already been hospitalized four days when he passed away. I have no idea how I would have defined “really serious.”

Our last conversation had been two months prior to his hospitalization. I was on the phone with my mom, and he wanted to speak to me. Mom handed him the receiver, and I sighed under my breath.

He got on the line and said, “I’m so proud of you and your promotion, punks. You’re really doing great.” I told him I was nervous about the new responsibilities I had at work and what would be expected of me.

It was the best conversation we had ever had.

Growing up, we constantly found new objects strewn about the yard—battered oxygen tanks, discarded boat motor, pieces of sheet metal twenty feet long, winemaking equipment. Dad had a ludicrous scheme in mind for all of it. Some of his get-rich notions included restoring dilapidated VW Bugs, planting Christmas tree farms, marketing homemade cherry moonshine, starting a security firm, and constructing beaded earrings by hand. Not one of his plans ever came to fruition or produced any income, but that never inhibited him. He spoke about each new idea with a conviction normally reserved for a lawyer arguing a case.

When Mom spotted the latest addition in the yard, she demanded, “What is that? What’s that metal for?”

“I’m going to build a two-person passenger plane,” he replied in all seriousness. ”I can fly you to Chicago to visit your sister when it’s done. Think of the money we’ll save on airfare.”

As a child, I was mesmerized by movie musicals and fairy tales of hardscrabble kids from Nowhere, USA, showing up on the doorstep of New York City where they were discovered for their undeniable talents. These fantasies infiltrated my psyche to the point where, in the summer of my twenty-third year, I emerged from Penn Station into the muggy afternoon air of New York City. I hugged a paper shopping bag to my chest, my pet lizard inside. As I tried not to gawk at the skyline towering above, I thought, “I live here now.” I had moved three thousand miles cross-country to the most imposing city in the US with no job, no prospects of a job, no apartment, no money—and a lizard in a bag.

When I reflect on that moment a decade later, I realize how representative it was of a lifetime of ill-advised choices. Like my father, my thinking has never been constrained by the limits of reality. All my life I watched him suspend disbelief; it’s in my blood.

I have come to understand that Dad has given me the ability to dream crazy ideas, and that my mom has given me the work ethic and pragmatism to accomplish them. It turns out I needed both of them, just like a right and left thumb. 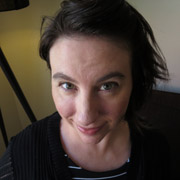 Melissent Zumwalt is an artist, advocate and administrator who lives in Portland, Oregon. She learned the art of storytelling from her mother, a woman who has an uncanny ability to recount the most ridiculous and tragic moments of life with beauty and humor.

I just read your story in LOWESTOFT CHRONICLE. I was totally delighted by it, and since I am not overly adept at tech stuff, found you on the internet and had to thank you for the smiles and fun I had reading it. Such good writing!!!!

I knew a different man. If you’d ever like to talk, email. He was my dad too.

An exquisite essay, my friend. You have always had a way with words, and living.

Thank you for this story. I relate to the disconnected connectedness. If you look at a map of Wallowa County in Eastern Oregon, you will see an area called Zumwalt Prairie. cam

Dionisia Morales on teaching kids to be wary of their surroundings in an excerpt from her book, "Homing Instincts"

In an excerpt from his new memoir, The Eclipse I Call Father, poet David Axelrod writes about his grandfather's effort to teach him to defend himself from bullies.