A grandson asks for help dealing with bullies. 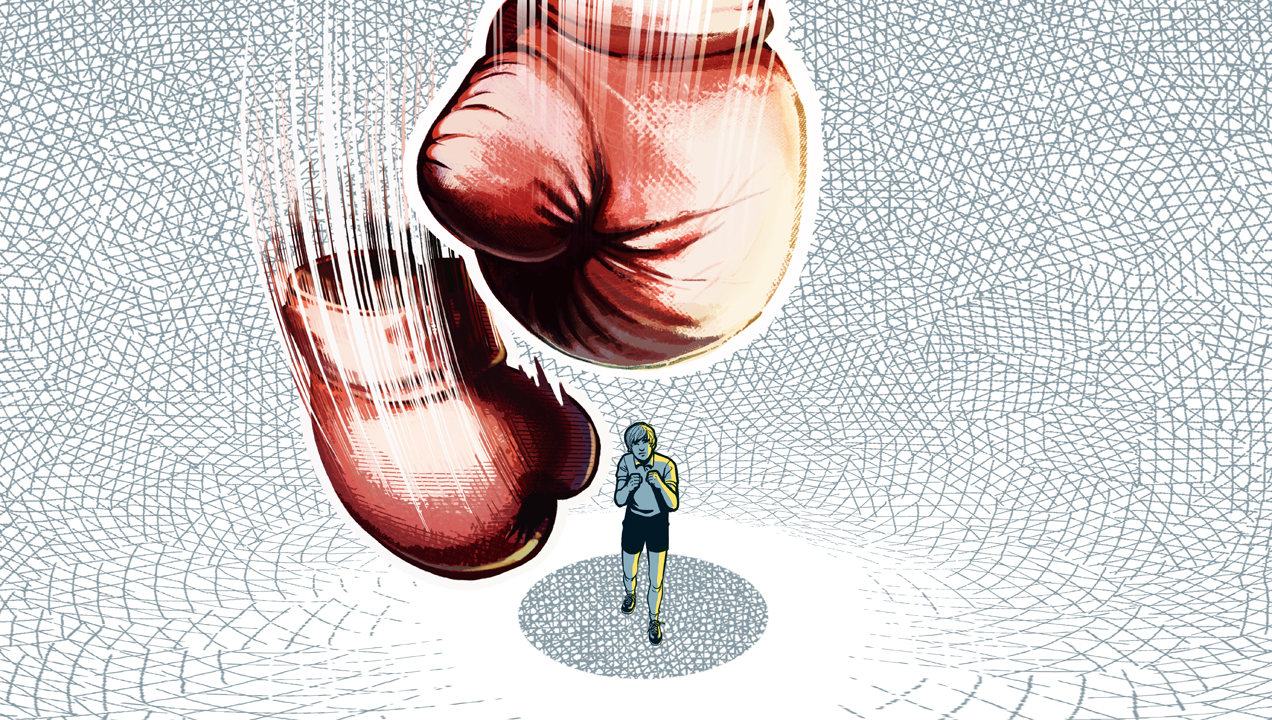 “You couldn’t beat your way out of a paper sack.” That’s what my maternal grandfather said as he crossed his arms, shook his head, and sighed with disappointment. My miserable state of existence seemed unmistakable: “You lack the killer instinct.”

And why this assessment? I’d come home in a panic from State Street Junior High School after my first day in the seventh grade. Robbie Thompson and his ally Turtle Young had promised “to hurt me good.” Why they singled me out, backing me into a corner of the hallway below the cafeteria, where they made their threats, I couldn’t say. Their loathing for me, however, seemed universally known, and word of it came to me early that first day.

The one boy, Robbie, the older of the two, who wished to hurt me the most “was adopted”—a resonant phrase, owing to its Dickensian subtext, though Robbie was the son of a banker and lived in a swankier neighborhood uphill from ours. Even so, his being adopted meant that his own status was, to a degree, more contingent than mine. My father had been dead eight years and my mother was living in exile in the next town, so my maternal grandparents housed and fed me six days a week; Tuesdays were reserved for the ministrations of my father’s parents. My origins and rearing were a matter of public knowledge, Robbie’s perhaps less so. His was a charity case.

To our way of thinking, there was nothing worse than being adopted. Not because of the adoption, but because of the damage that preceded it. The orphanage, the Fairmont Children’s Home, still operated south of town and in our imaginations was a circus of pathologies. Whenever we passed the old brick dormitories and surrounding farm fields, an adult warned against the consequence of such events as might lead to our servitude at the Children’s Home. “Settle down now or we’ll leave you at The Home” was a common threat issued from the front seat. The conditions inside The Home were notoriously awful, we knew, because of the story that accompanied the warning: the orphans had lynched the depraved headmaster in 1944.

That Robbie was saved from the orphanage by a secure upper-middle-class family in no way changed the fact that he was a cruel, one-eyed son of a bitch. Yes, one-eyed. He had a glass eye that stared straight ahead, unblinking, even as he cast a cunning sideways glance at the world with his good eye. Turtle, whose origins he wore like a tattoo, evident even in the snarling expression of his face, came from the rougher, transient neighborhoods just uphill from the black ghetto and the mills. Initiated into the sectarian gang led by Robbie, the Brotherhood, Turtle tagged along to witness his leader’s threat. Whereas Robbie was well dressed and neat in preppy, button-down, oxford cloth fashion, Turtle was dirty and badly dressed in an old T-shirt and soiled jeans, with wavy hair that fell to the shoulders of his Army Surplus fatigue jacket. He was missing a front tooth. After Robbie sucker punched me and issued his threat, Turtle grabbed my open shirt collar, pressed me against the brick wall, knee in my crotch, and stared silently into my face. After a long pause, he said: “I’m gonna run race tracks round your eyes.”

I nodded, convinced he could and likely would do just that. Then he released me with a shove and followed Robbie down the stairs into the dungeons deep under the school.

My grandfather’s intention that evening, as he led the way down into the dank, paneled room in his basement that smelled of sewer gas, was to save my skin. He produced a pair of moldy leather boxing gloves. These gloves, remnants of a time in his own childhood when fisticuffs was still a proper and necessary sport for healthy young boys to excel at, had never appeared before. He laced these around my skinny wrists to demonstrate.

At five feet ten and 225 pounds, his gut notwithstanding, he was a powerfully built fellow whose hirsute body was laced with muscles such as were common when men still did physical labor, a different look than the sculpted appearance of today’s protein drink and gym mirror Adonises. “Crouch low,” he said. “Keep your elbows close to guard your ribs. Lead with your left, counterpunch with your right. Never roundhouse. Try.”

I tried, swinging wide with my right hand. He stepped close, led with his left, and tapped me in the face as I stood there dumbfounded, the boxing gloves now hanging at my sides.

“You can’t leave yourself open like that,” he warned, stepping back and straightening up to discuss this point. “And remember this, too: under no circumstance should you sucker-punch.” This was utterly worthless, he explained, unless one was strong enough to smash the sternum of one’s opponent; it would only piss them off. “Dauber,” he informed me, using his then-preferred pet name, “you are not that strong. Instead, you might aim for the nose and throat.”

Now, he was back in a boxing stance and moving in on me. “When you jab with your left—Dauber, listen to me—always twist your fist to cut flesh. Jab,” he said. He flicked the smelly gloves at my cheekbones, then commanded me to “Jab, jab, jab.”

Excerpt from “Boxing Lessons” from The Eclipse I Call Father by David Axelrod, copyright © 2019. Reprinted with permission of Oregon State University Press 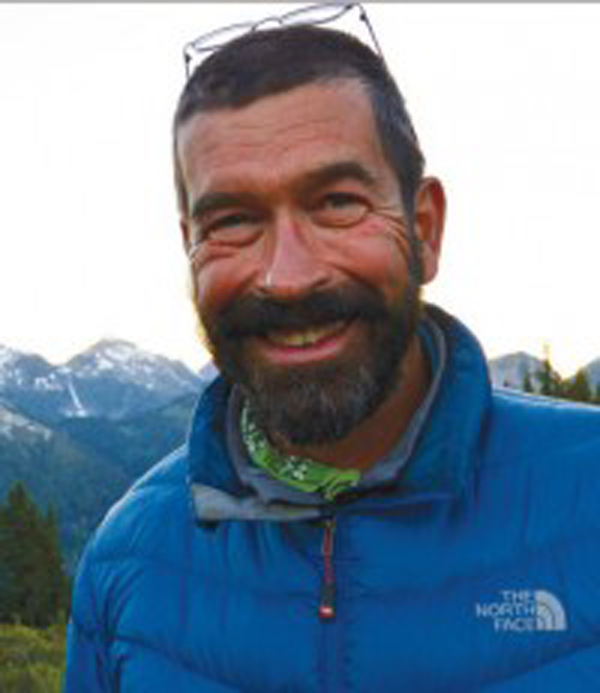 David Axelrod is the author of eight collections of poetry, most recently The Open Hand and Folly, both from Lost Horse Press, as well as a previous collection of essays, Troubled Intimacies: A Life in the Interior West (Oregon State University Press). He is the editor of Sensational Nightingales: The Collected Poems of Walter Pavlich and the award-winning basalt: a journal of fine and literary arts, as well as the director of Eastern Oregon University’s low-residency MFA in Creative Writing. In the spring of 2019, he joined Lynx House Press as its managing editor.

I received similar lessons from my father, a 4 year boxing letterman at Enterprise High School. Although he loved my mother, he was worried that my temperament was to much like hers. He was and still is correct; 50 years later. Thank you.