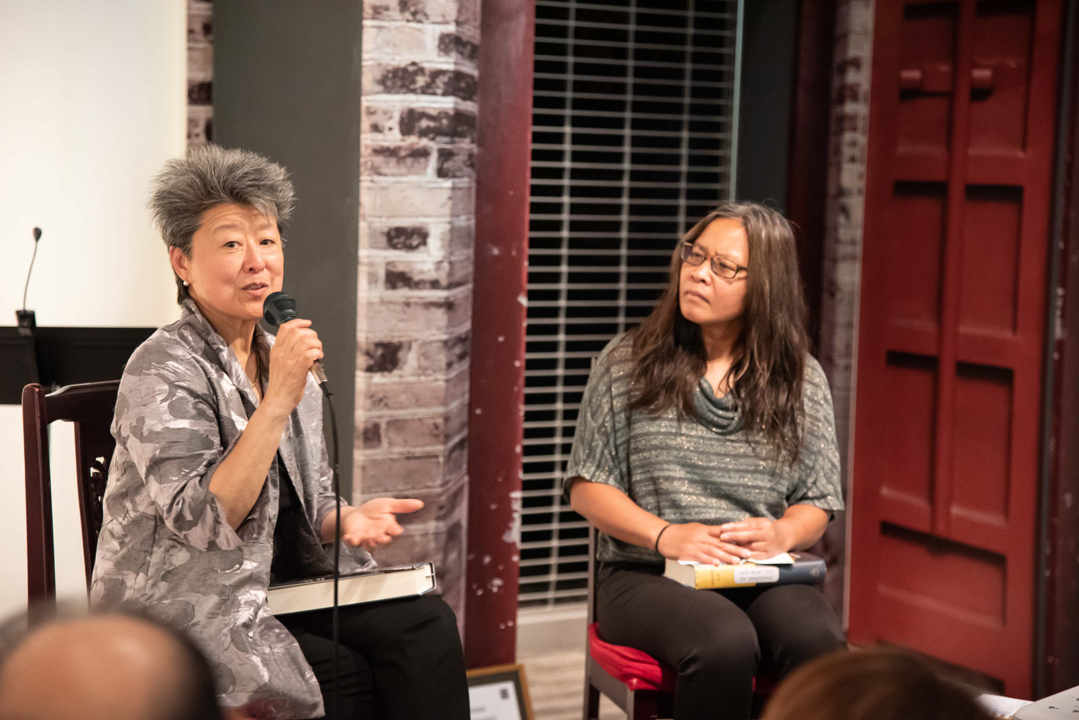 In May, the Portland Chinatown Museum hosted activist, journalist, and author Helen Zia as part of “Stories My Mother and Father Told Me,” a series exploring the experiences of immigrants in Oregon. Zia spoke with Oregon journalist Putsata Reang about immigration, history, inheritance, displacement, and storytelling, all themes in Zia’s new book, Last Boat Out of Shanghai: The Epic Story of the Chinese Who Fled Mao’s Revolution, which tells the true stories of four young people who fled Shanghai in the wake of the 1949 Communist Revolution.

Zia said that when she was young and would ask her mother to tell her about life as a child in China, her mother would say only, “That was wartime, a bad memory.” It wasn’t until her mother was in her seventies that she was able to tell Zia the story of being abandoned, first by her birth parents and then, again, by her second family, before she boarded a ship bound for San Francisco.

Hearing her mother’s story led Zia to search for others like it. She embarked on what would become twelve years of research, listening to stories from people who had escaped Shanghai in their teens and twenties.

“These were very traumatic stories, things that they had witnessed: wartime, occupation, flight, becoming refugees, starting a new life in another place,” Zia said. But every time she asked if the people who were sharing these difficult stories with her had also shared them with their families, they said no. “It became clear to me that there’s a time and a place when people are ready to share stories of great trauma.”

“I can only imagine how much energy it took for my mother to keep all this, that was so painful to her, a secret,” Zia said. “But I could really see that each telling made my mother lighter. The healing power is tremendous.” Zia told the audience that she hopes her book helps to acknowledge this specific generation’s stories of exodus as well as the shared experiences of forced migration, especially one generation’s search for a better life for the next.

Reang emphasized the importance of the stories Zia has shared, saying, “We have to know the history that Helen illuminates in the book. There’s just too much on the line for us to look away.”

“Stories My Mother and Father Told Me” was sponsored in part by an Oregon Humanities Responsive Program Grant. Learn more about this grant program here.