An Anecdotal Glossary of Spectacle 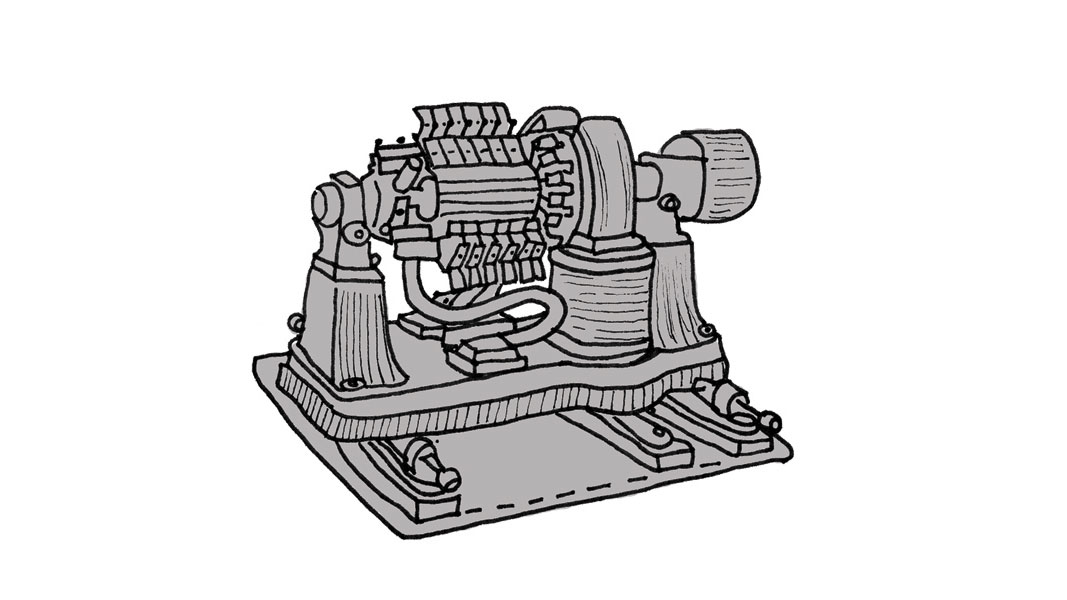 adaptation (book to film) Considered the aim of all literature, any book's apotheosis. See also MOVIES.

(Recently I watched the online trailer for the movie Hemingway & Gellhorn. In the span of ninety seconds, Clive Owen as Hemingway tosses back shots, dives for cover in wartime Spain, throws punches, screams at his woman, and initiates a round of double Russian roulette. I emailed a friend: “As bad as the Hemingway myth is for a writer of my kind, rendering me a generally uninteresting wimp who likes to read and write books that contain compound sentences as well as the occasional adverb, and who abstains from smoking, drinking, hunting, womanizing, Russian roulette, going to war, and pounding furniture with my fists while I scream, Get in the ring, Gellhorn!,' I still want to see that movie!”)

augmented reality a.k.a. the Internet on your face! See FACEBOOK, ETC.

(In elite circles Google has rolled out prototypes of “Glass,” high-fashion, Internet-enabled spectacles. An online video introducing Glass gives viewers a test drive behind the all-knowing lenses. Through the eyes of a young hipster in New York, we wake on a couch to find our lenses displaying data on the weather. The lenses alert us that subway service is suspended and supply a series of trusty arrows to guide us along an alternate walking route. We command the lenses to snap a photo of arresting graffiti art and upload it immediately to our social network. A video call comes in, and we see a friend's face in our lower field of vision. We notice the sunset over Brooklyn and enable View Share to show friend exactly what our lenses see. “Wow, it's beautiful!” says friend.
(The term augmented reality is typical of the utopian hyperbole that obtains in the technocratic sphere. The message is clear: no self-respecting consumer would opt for the drab, anachronistic, woefully analog quotidian vision supplied by our own low-tech eyeballs—not when, for a modest monthly fee, all sights can come with data “enhancements”! Unmediated life is so yesterday.)

(I spent August 17, 1998, on a patriotic pilgrimage in Philadelphia, visiting the sites of our nation's conception. In Independence Hall, staring at the colonial desk sets, I imagined the wigged founders' agonizing hours of debates during the momentous summer of 1776. That evening, responding to mounting public pressure, President Bill Jefferson Clinton made a live TV confession from the Oval Office, admitting to his affair with Monica Lewinsky. I watched the President's remarks on a Holiday Inn television, the moral agonies of our modern republic glaringly tinged with the melodrama of miniseries. The President perched awkwardly in his chair, a condemned man forced to spill his guts before the primetime tribunal, doing his mighty utmost to make the whole thing seem voluntary. Amid the mystic potency of the Jeffersonian language still ringing in my head, a jejune American present asserted itself: we hold these truths to be self-evident—I did have a relationship with Miss Lewinsky that was not appropriate.)

dynamos Massive steam-powered electricity generators. Early colossi of a technologized, machine-driven modern world. Henry Adams, seeing a hall full of them at the Great Exposition of 1900, believed he'd seen the future. “He began to feel the forty-foot dynamos as a moral force, much as the early Christians felt the cross,” writes Adams in his third-person autobiography, The Education of Henry Adams. The dynamo was a brand of power unknown to the world till then. “Occult” in nature, it scarcely resembled the deep-rooted powers of faith that had given rise to the pagan civilizations or medieval cathedrals. “All the steam in the world could not, like the Virgin, build Chartres,” Adams writes. And yet, “before the end, one began to pray to it.  Man had translated himself into a new universe which had no common scale of measurement with the old.” Tomorrow had arrived, profane and overwhelming. No going back. See MCLUHAN, MARSHALL.

(I'll never forget the powerful, instantaneous endorphin flood I experienced upon first using Facebook. And how immediate, how instinctual was my mistrust of that gratification. I knew a little about the neurological basis of addiction, how the human brain will seek repetition of small, powerful pleasures, and this cast the few clear joys of Zuckerbergian social networking in a sinister light. My mind immediately pleaded, “Resist this!” while my neurological paths cried, “More!” After a month or two of struggle, I killed my profile. I've never missed it. I'm glad I got out. As poet and essayist Lisa Wells writes in Yeah. No. Totally., “I view my profile to see what I think of me. Somebody. Somebody. Somebody. Please.”)

(An African-American man clamped his hands around a white supremacist's throat. Somebody jumped up and threw a chair. The guests, studio audience, and crew exploded in a violent mob. Next thing I knew, talk show host Geraldo Rivera's nose was a bloody mess. I was ten years old and I understood this was a big deal. Spontaneous bad behavior on TV was news. Soon enough, of course, it was neither news nor spontaneous. It was just TV.)

Internet Everyone's “on it.” They say you can find anything there. Automated correlation of key words creates, all but instantaneously, the latest phenomenon, “happening,” “news event,” etc. Data breed like rabbits. See FACEBOOK, ETC.; MCLUHAN, MARSHALL; TRENDING NOW.

(We believe we choose the data, but more and more the data choose us.)

JFK assassination November 22, 1963. Still obsesses us. Historian Susan Jacoby notes that TV “came into its own as the chief source of breaking news” after that day. On November 24, Lee Harvey Oswald was offed on live television with a slug from Jack Ruby's revolver. On November 29, Life magazine published a frame-by-frame spread of images from the 8-millimeter film that captured Kennedy's final, grisly moments.

McLuhan, Marshall Misunderstood cultural interpreter of 20th- and post-20th-century America. Frequently invoked as an advocate for the electronic age, which goes to show how little the man's work is actually read. This irony is agonizing.

“Print,” McLuhan writes in The Gutenberg Galaxy (1962), “is the technology of individualism. If men decided to modify this visual technology by an electric technology, individualism will also be modified.” Read this carefully. Try to keep the top of your head from flying off.

His four “Laws of Media” merit study by any TV viewer, Internet user, or owner of a Web-enabled device: 1) Every medium enhances something; 2) Every medium obsolesces something; 3) Every medium retrieves something from the distant past; 4) Every medium will turn on you when taken too far. As his latest biographer, Douglas Coupland, notes, McLuhan was no sycophant of simultaneity, and what he foresaw was no technological utopia, but rather “a long painful process in which technology shifts would trigger identity collapses around the world, which would generate new and terrifying sources of disassociation between the reality of what was physically available to individuals and the unreality of a world depicted by electronic media. The result would be conflict, violence, and war.”

Does our universal jones for the sleek gadget, shiny techno-bauble, and social network signify the mass mind of a consumer society in overdrive? Then McLuhan's body of thought represents the valor of enlightened nonconformity rooted in the humanities. As he writes in The Medium Is the Massage (1967): “The poet, the artist, the sleuth—whoever sharpens our perception tends to be antisocial; rarely well-adjusted,' he cannot go along with currents and trends. A strange bond often exists among antisocial types in their power to see environments as they really are.” See AUGMENTED REALITY; FACEBOOK, ETC.; INTERNET.

movies Overstocked with big explosions and CGI. Increasingly offered in 3-D or IMAX. Soon to be sensory-enhanced. Viewed in Dolby-Digital-sound-equipped cinemas. Often deafening.

O.J. Simpson Reporters said he was inside a white Bronco being chased along the LA freeways on live TV. Apparently he was holding a gun to his own head. Later on, we all watched him sitting in a televised courtroom while lawyers discussed DNA evidence, a bloody sock, etc. In the end, he was acquitted. Roll credits. See REALITY TV.

pseudo-events Coined in Daniel Boorstin's 1961 book The Image: A Guide to Pseudo-Events in America. “Synthetic” happenings that are “planned, planted or incited,” which exist “primarily for the immediate purpose of being reported or reproduced,” and which are interesting because of, rather than in spite of, their staginess. Usually dramatic, repeatable at will, cost money to create and therefore aggressively promoted, “planned for intelligibility,” “planned for our convenience.” Provide a “common discourse”—our knowledge of pseudo-events “becomes the test of being informed.'” See QUIZ SHOWS (SCANDALS).

quiz shows (scandals) TV scandals of the late 1950s. Game-show contestants were supplied answers ahead of time, enabling producers to maximize drama and boost sales of sponsors' products. One complicit contestant was Charles Van Doren, dashing scion of a famous intellectual family, son of a Pulitzer Prize winner. Robert Redford's 1994 directorial opus Quiz Show explores—with great dramatic insight and a palpable moral ache—the deeper significance of the scandals: the shift of emphasis in American culture from a heritage of intellectual substance to propulsive consumer spectacle, from print values to TV values and advertising glitter, the headlong spiral into the full-color, techno-consumerist, visual-media circus that characterizes us today more than ever, possibly more than anything. See PSEUDO-EVENTS; REALITY TV.

(Neverendingness in TV narratives was formerly the domain of the maligned daytime soap opera. Now that it's everywhere; it's deemed respectable. Are we witnessing a deconstruction of narrative patterns, a transmutation in our understanding of what makes a story, what “good writing” is, what merits attention? Do we increasingly prefer distorted narrative structures to the “imposition” of a clear conclusion? One thing is certain: it gives advertisers more opportunity to persuade us to buy stuff.

(Mass audience standards instilled by television are broadly applied as standards in other forms. For example, Nielsen ratings have staged a coup in the kingdom of literature. BookScan, a Nielsen product used by large bookstores and conglomerate publishers, collects point-of-sales data, which become the main basis of editorial and inventory decisions. Whatever sells is what's read and what's read is whatever sells.)

trending now Of interest at the moment. An Internet mirror.

video games Immersive and virtual-reality oriented nowadays. Mesmerizing: some have died at the console, neglecting to interrupt play to attend to basic bodily needs. Grown-ups play them.

Zenith My first TV set. Ten-inch screen, black-and-white, rabbit ears, knobs for changing channels. How many hours did I pour into that little box? Glorious passivity, gorgeous illusion. How I loved it!

M. Allen Cunningham is the author of Lost Son, a novel about the life of Rainer Maria Rilke. His first novel, The Green Age of Asher Witherow was a #1 Booksense Pick and was shortlisted for the Booksense Book of the Year. Hes the recipient of an artist fellowship from the Oregon Arts Commission and a Yaddo residency. His third novel, set partly in the Pacific Northwest, is forthcoming.

An Anecdotal Glossary of Spectacle

In Search of the New