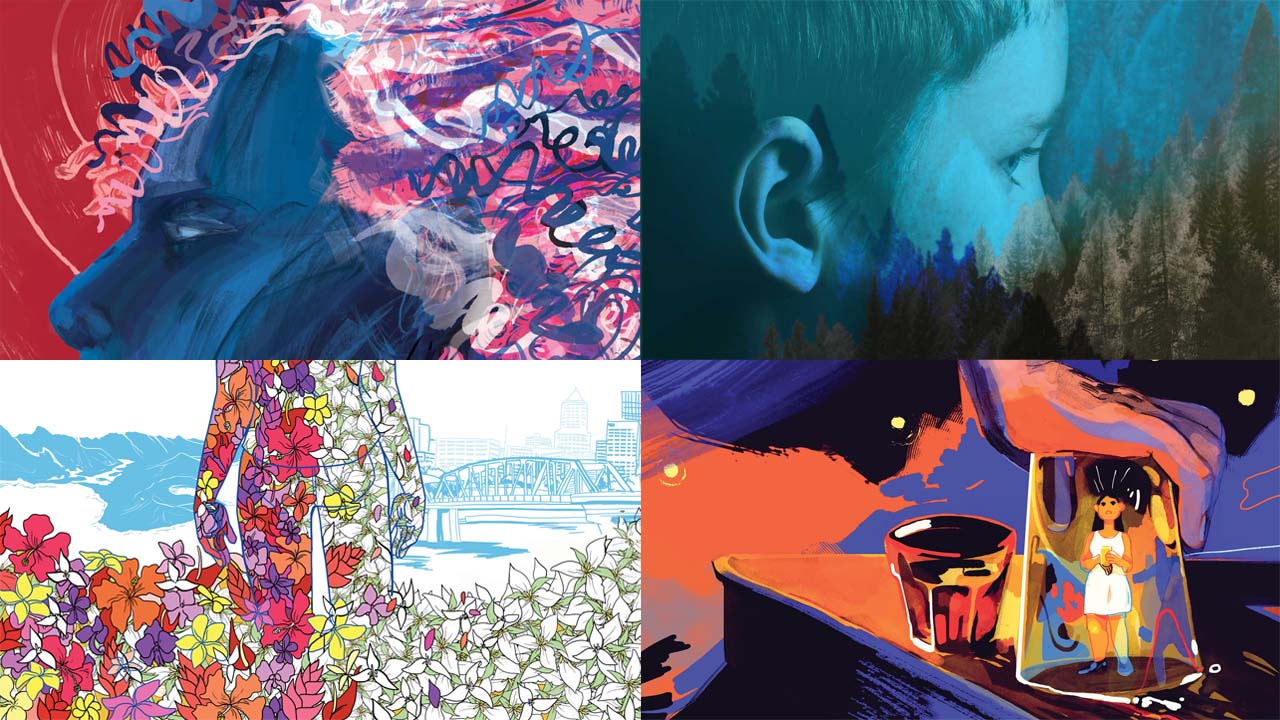 Oregon Humanities is proud to share the work of writers and artists exploring the experiences and ideas of people all over the state. Below are the ten most-read stories from the past year.

Sixteen in America by Marissa Levy
This essay on negotiating mental illness amid the academic and social pressures of high school, published in February 2018 as part of our Beyond the Margins series, was shared hundreds of times on Facebook and Twitter, finding its way to thousands of readers from around the country.

It's Just a Beer by Kira Smith
An unflinching look at the costs women are expected to pay merely for interacting with men, this essay from our Owe issue was later republished by the Guardian and Utne Reader.

Good Hair by Kimberly Melton
This personal essay about adopting a natural hairstyle despite familial and societal expectations of how Black women should appear has attracted a steady stream of readers since appearing in our Carry issue in April 2017.

Becoming Asian by Scot Nakagawa
Community organizer and political writer Scot Nakagawa explores the origins of the model minority myth and shares his own experience of first being identified as "Asian" upon moving to the mainland United States from Hawaii in this essay from our Owe issue.

The Numbers by Sika Stanton and Donovan Smith
This video featuring interviews with young people in East Portland about community, gentrification, and power has drawn thousands of viewers since it debuted in 2017 as part of our This Land project. It's found life beyond our website, having been screened at many community meetings and at the Hollywood Theatre at the Portland Airport.

Out of the Woods by Ruby McConnell
Writer and geologist Ruby McConnell's account of meeting a lost child in the forest near Breitenbush Hot Springs inspired spirited debate in our comments section and on social media.

Albina Rising by Deonna Anderson
This feature from the Owe issue recounts the efforts of a group of Portlanders to undo the harm inflicted by urban renewal on the Albina community through Albina Vision, an ambitious plan for building new affordable, inclusive housing in a neighborhood scarred by stadiums, freeways, and parking lots. Since the story published, the Albina Vision plan has influenced conversations around the redevelopment of Portland Public Schools' headquarters in Albina.

The Original Laws by Joe Whittle
Photojournalist Joe Whittle looked to the sacred ethics of Columbia River tribes as a guide for restoring ecosystems damaged by European colonization in this essay and photos from the Harm issue.

Pursuing the Science of Happiness by Andrew Guest
First published in 2010 our Ha! issue, this essay by University of Portland professor Andrew Guest has been a perennial reader favorite ever since.

What Work Does a Street Sign Do? by Michelle Patiño-Flores
An interview with Oregon State University professor Natchee Blu Barnd about what it means when white-dominated communities name their streets after Native American tribes. Barnd later elaborated on his thinking about Native names and white spaces in an essay in the Turn issue.