On ecology, grief, and the illusion of closure 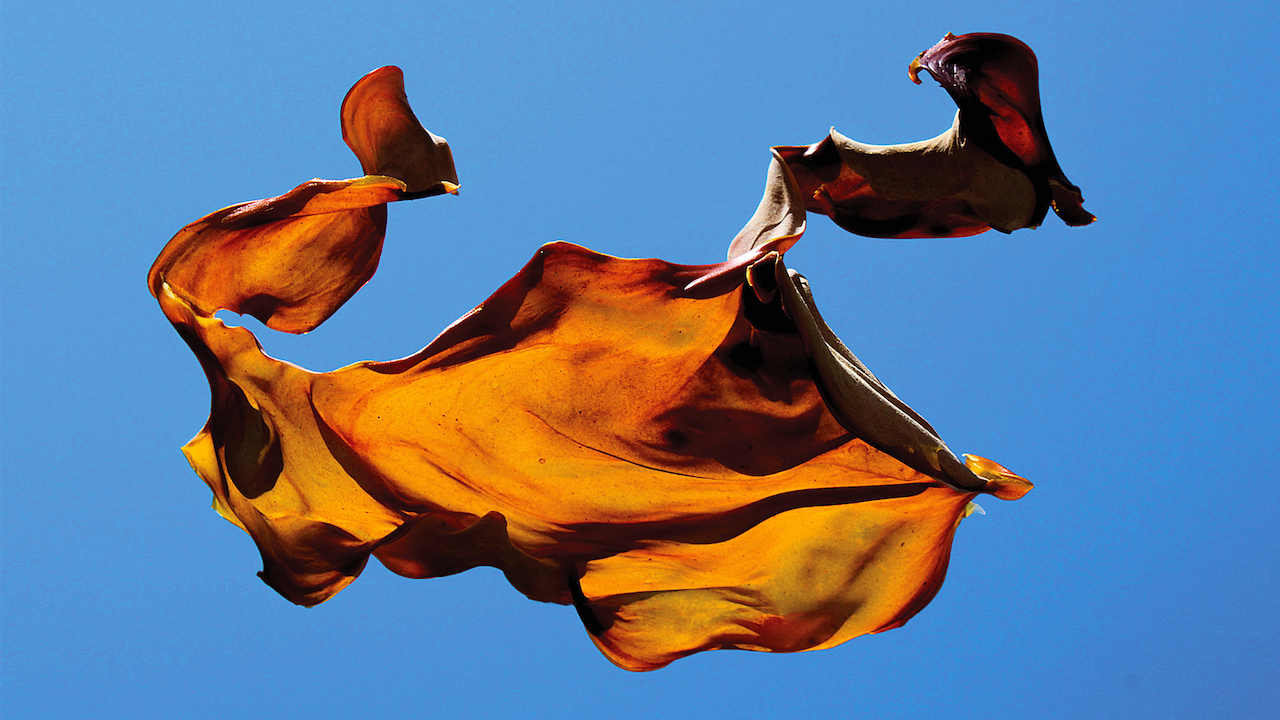 It’s 2:00 a.m. and I’m sitting on my living room floor, squinting at my laptop screen, trying to build a kite.

The plans for this kite were hand-drawn thirty years ago and uploaded to the internet in the early days of HTML. They haven’t been updated since. Apparently, there’s a sort of mythology about this design and its history that kite enthusiasts have declined to meddle with for decades. I respect this type of idiosyncrasy. I’m also perplexed by the plans, blurry scans of eccentric iconography. Around 3:00 a.m., I find a glossary that allows me to begin to decipher terms like spar, bridle, trailing edge, leech line, ballast. But my mind still stutters over the translation of virtual to actual, idea to airborne, part to whole.

In other worldviews, this system, with all its inherent divisiveness, is replaced by a living process, and stuff is understood as an array of verbs rather than nouns. A verb is a relationship, not a thing; it cannot be subdivided. Indigenous writer Vine Deloria Jr. writes: “When new things come into our circle it expands. When new things come into Western society another square is added.” This expanding circle is a set of processes, ever-changing and alive. This is a world of incessant interactivity.

Robin Wall Kimmerer has written about how the language that her ancestors spoke reflects this process-based world. She writes, “The language that my grandfather was forbidden to speak is composed primarily of verbs, ways to describe the vital beingness of the world. … There is no it for nature. Living beings are referred to as subjects, never as objects, and personhood is extended to all who breathe and some who don’t. I greet the silent boulder people with the same respect as I do the talkative chickadees.” She argues that this “grammar of animacy” is a vital tool of world-making, not just world-reflecting.

It’s late August 2020. I’m poised and ready to flee, almost eager, shot through with adrenaline. My car is packed. My house is a tinderbox surrounded by flames.

I snap a photo of myself at my desk, gas mask on. The air is so thick with ash I can’t see across the street. The end-of-summer heat has gone clammy and cold in the dense gray air. The gas mask allows me to breathe through the ash but won’t filter out the deadly, invisible pandemic that also lives in the air. Air itself, gone poison. Air, that most elemental of connectors.

Birds fly into windows, confused. A coyote sits on the curb outside my house one morning, seeming to stare at me through my windows, bewildered.

I want to build the kite so I can see it fly above my burned home. My kite will be bright orange—safety orange—and will have a poem written on its inside. I want to see the poem fly.

My laptop screen offers bright blue light and the invitation to locate and purchase the correct parts with which to construct my kite. The internet declares: “Behold the material world! It has been splintered into a billion constituent forms for your immediate consumption!” But something’s not working. Every time I begin to purchase the kite’s parts, credit-card plastic slick in my hand, self-doubt takes hold. Why can’t I make the thing I want to make?

As a culture, we believe that following a trauma or a loss, closure is both possible and desirable. Psychotherapist Pauline Boss challenges this myth of closure. Boss believes that what is often experienced isn’t closure but ambiguous loss. An ambiguous loss is a loss that occurs without closure—a type of ongoing relationship in which presence and absence coincide, unresolved. In ambiguous loss, “Mystery persists … sometimes forever—and even across generations.”

One type of ambiguous loss is solastalgia, the longing for home that can be experienced while one is still physically in a home-place. We feel solastalgia when our biospheric homes come to seem so different, so impoverished compared to our memories. I used to wake to the sound of birds; now I wake to the sound of traffic. I used to see tapestries of stars; now I see an artificial orange glow. I used to be able to drink from my river; now the water is poison.

Throughout our lifetimes, the planet has been dramatically and violently reshaped by socioecological disasters. In the last forty years alone, we have seen the loss of most of the world’s life forms. This is ambiguous loss writ large, across species. As a culture, we have no idea how to even begin to acknowledge the depth of this loss. To even hope to find closure for this loss—which is predicated on accepting it—would not just be absurd, but deplorable. 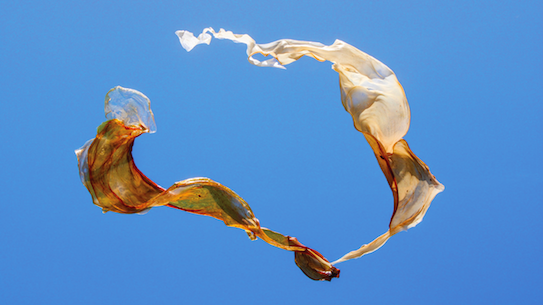 A very old cedar once grew by a pale turquoise river. The river was a restless thing, endlessly lapping against the red clay bank. The clay was made from the soft, fragrant duff of the cedar’s body. The river’s volitions yielded yellow-green dicots and white trillium in spring. Together, the river and the cedar made and breathed air. I used to lean my body into the cedar’s body, offer her my salt and carbon dioxide while she offered me her oxygen and her sturdy accrual of living time. I’d rest my head on her body and listen to the roar of sap through cambium, blood through veins. The 2020 fires that burned vast areas of my bioregional home began in close proximity to this tree.

I watch helicopter footage of the burned areas. What once was green is gray. Salvage logging has begun. There is no salvage and certainly no salvation in this practice. It is a euphemism wrought by disaster capitalists who seek to maximize their profits by quickly extracting as much as possible from public lands after those lands have been damaged by the aggregate consequences of extractive capitalism. The helicopter flies over the area where the cedar once was. I stop breathing; my body rejects the air.

Embracing ambiguity is not easy. Our brains struggle with it. Neurobiologist Semir Zeki writes, “The primary law dictating what the brain does to the signals that it receives is the law of constancy … the brain is only interested in the constant, essential, and non-changing properties of objects, surfaces, situations.” Despite the brain’s exclusive interest in constancy, the “information reaching it is never constant from moment to moment.” The brain, therefore, is endlessly engaged in a deliberate process of elimination in order to construct the illusion of a stable, unified world—the illusion of closure.

Sometimes, the brain simply can’t fool itself into believing one idea over another, and neurobiological ambiguity occurs. According to Zeki, this is actually a form of certainty:
“The certainty of many, equally plausible interpretations, each one of which is sovereign when it occupies the conscious stage.” In this mode, our brains essentially believe opposing things not simultaneously but in extremely fast rotations. This is your brain on ambiguity: a seesaw, a flicker, a flip-book.

This is as tiring for the brain as it sounds. These flickering certainties are what Zeki calls microconsciousnesses—firmly held beliefs that shimmy and shift like dancers in and out of the spotlight of truth. These microconsciousnesses are more verb than noun. They expand the circle. Cedar, river, fire, air. Progress, breakdown, destruction, growth—all simultaneous, endless, unresolvable, unresolved.

Paradoxical thinking, Boss’s prescription for ambiguous loss, is like stumbling across an irregular landscape, using all our fine motor skills and muscles to stay upright. This type of movement— whether it’s psychological, emotional, or physical—is not easy, but it might be part of what we need to do in order to be fully human and awake.

Ambiguity is often a key feature in compelling creative processes, a notion that the poet John Keats wrote about in 1817. Keats described “negative capability” as the ability to be “in uncertainties, mysteries, doubts without any irritable reaching after fact & reason.” Negative capability is rooted in the idea that life is not fully knowable, and that ambiguity is a fundamental gift. What would happen if we loosened our grip on certainty and control? What voices might be clearer? What types of changes might we make?

The kite still has not been made. No parts have been purchased. The form that I want to construct cannot yet be constructed, because the fires are still burning in me. The air is still thick with ash in me. The memory is still being made, the map is still being drawn, the circle is expanding.

Daniela Naomi Molnar is an artist and poet working with the mediums of language, image, paint, pigment, and place. She is also a wilderness guide, educator, and eternal student. She can be found in Portland, exploring public wildlands, on Instagram @daniela_naomi_molnar, or at danielamolnar.com.

Thank you, thank you, thank you for this article. I, too lost all in those fires. I have moved away from my beloved S. Oregon to Indiana and a new relationship. I am still riding the waves of grief that he does not understand. No one here can comprehend what I have gone through and am going through. Sometimes I think it would have been better to stay and open my grief to others who also experienced it rather than being a side show of pain that no one knows what to do with. I have learned how to hide it and move forward. But the ambiguity makes so much sense, and you have touched something I lost in the move. You are a beautiful writer. Thank you for sharing with us.

Melissa Matthewson on the wildness that surrounds us.

Writer Christine Dupres explores how our nation’s fire policies have threatened tribal lands and culture and how tribal responses provide a guide for how we can address climate change.

Vanessa Houk and her family escaped the wildfires, but lost their home and all of their possessions. Here, she describes what remains.