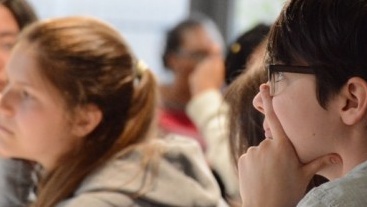 In mid-May, a group of fourteen high school students gathered in North Portland. They were learning to talk about challenging issues that mattered to them. These students planned and led discussions in order to consider important questions and promote awareness about issues affecting their lives.

The May meeting was one of six sessions of WeLead, a collaboration between Oregon Humanities and Catlin Gabel's PLACE (People Leading Across City Environments) program and supported by the Emily Georges Gottfried Fund. WeLead's mission is to train Portland-area youth to facilitate public discussions about difficult issues, says PLACE program director George Zaninovich, and “to provide the skills and the opportunity so they can feel empowered to go back and be the person who leads change in their communities.”

WeLead meets at the CENTER, a space in the One North complex at the corner of North Fremont and Williams. A Metro grant, in conjunction with One North's developers, made the space available to Catlin Gabel. The Center partners with the Urban League of Portland, the Black United Fund, iUrbanTeen, KairosPDX, De La Salle North Catholic High School, and other organizations that also run programming at the space.

Through WeLead, many students are becoming their own role models. “I like to think of myself as a leader, and I like to grow and learn from other people who also think of themselves as leaders,” says WeLead participant Aaliyah Joseph, a sophomore at De La Salle. “I also liked the attitude that WeLead gave off: this is who we are, we're from North and Northeast Portland, we have this in mind, and we're going to do this to make it happen.”

Joseph says she wants to convene discussions about immigration and equal opportunity. “I don't think immigration is being fully discussed, nor do I think Portland talks about Black Lives Matter in the right way,” she says. “You can have a sign, you can have the idea that Black lives matter, but what are you actually doing to show that these lives matter?”

Cameron Santiago, a sophomore at St. Mary's Academy, plans to use their new skills to push for more discussion of gentrification and poverty. Santiago's family recently faced eviction after a big rent hike, but their mother, a real estate agent, was able to buy a house. Santiago says that Portland “has a really not-great policy around who can get evicted and why.”

Santiago was born in New Jersey and wants to study politics and law at Villanova University. Portlanders are sometimes too quick to take Santiago's statements of opinion personally, Santiago finds, but, “I've sort of learned to tone it down a bit to be able to be an active contributor to conversations in a way that doesn't make anybody feel personally attacked,” Santiago says. Active listening and keeping one's emotions in check, they say, are keys to a productive conversation.

For others seeking to lead or join difficult conversations, Joseph advises not being afraid to get personal. “People at WeLead told me personal stories of how their lives have been affected,” she says. “I think that's a great way to start a discussion. It's kind of like having a hook in a story.”

As WeLead winds up, Joseph says, “I have the thought that the world is bigger than a problem I see as big. There's more in the world that other people are considering, and I should, too.” She has her eye on Washington, DC, and a seat in a chamber that's no stranger to difficult conversations—the Supreme Court. 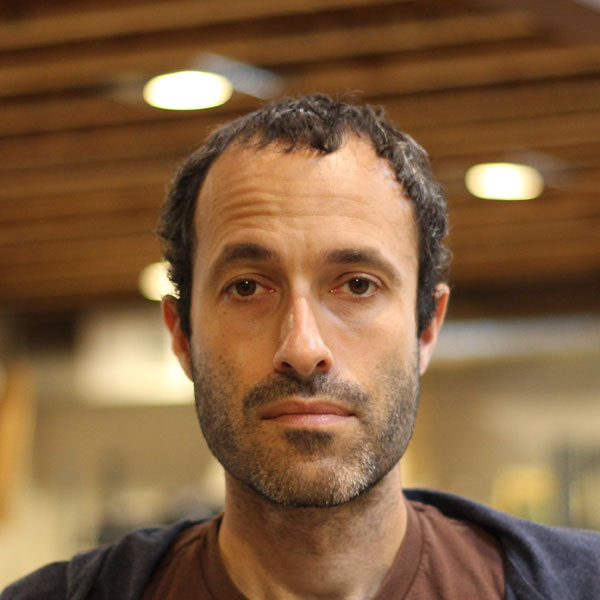