A mother’s journey through cultural reclamation, changing food systems, and the new wave of mutual aid 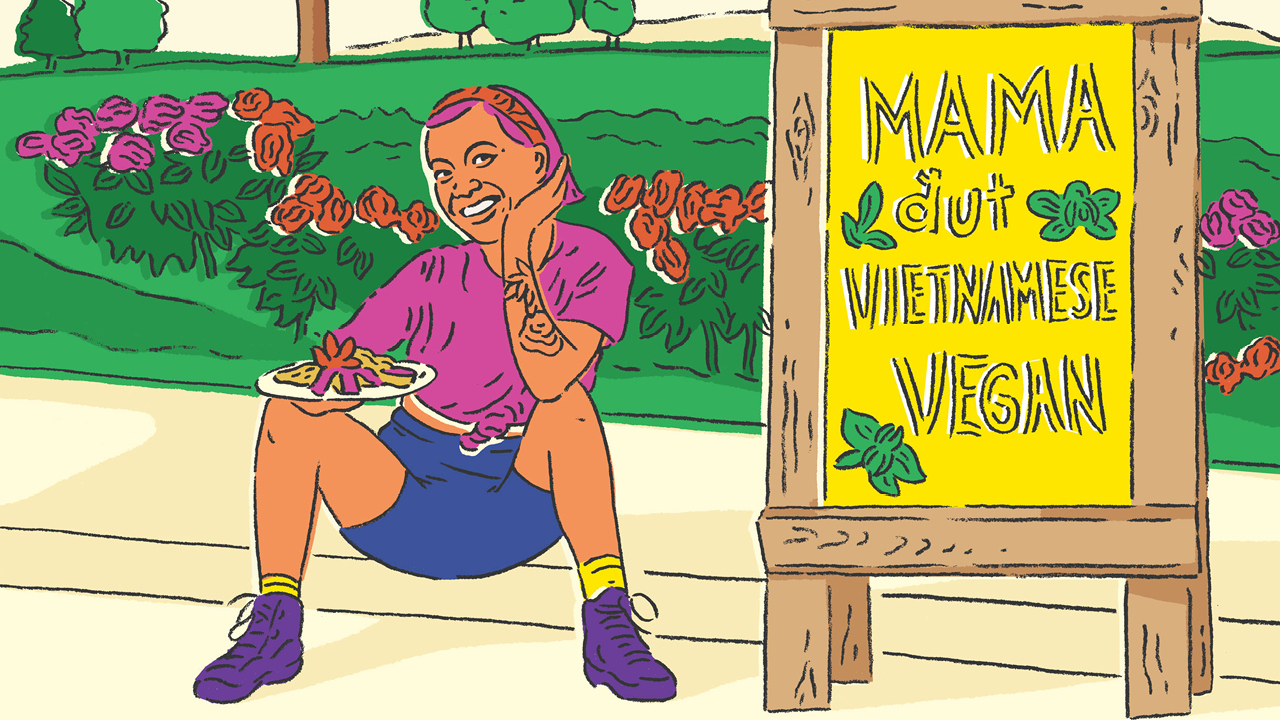 In June of this year, several months into the COVID-19 pandemic, Portlanders witnessed the cracks in our food system firsthand when Governor Kate Brown delayed Multnomah County’s Phase 1 reopening the night before it was scheduled to begin, leaving businesses in the lurch. Restaurants that had ordered fresh produce were unable to serve it. Grocery stores saw food shortages as irregularities in supply and demand disrupted the entire food chain. Across the country, farmers were dumping their crops.

Meanwhile, local community organization Snack Bloc was planning the Bloc Party, a hybrid educational rally/music festival/food pop-up, as a change of pace to the nightly marches protesting the death of George Floyd. Held at the end of June, the event was attended by a few thousand socially conscious Portlanders who listened to speeches and danced to performances by local musicians Amenta Abioto, Karma Rivera, and Sávila. Mutual aid tables set up by local grassroots groups were laden with a variety of free goods—produce, baked goods, medical supplies, and zines and literature. And food vendors provided free meals, including a thousand that were given away by Mama Đút, a purveyor of vegan Vietnamese food.

Earlier that week, when Thuy Pham, Mama Đút’s owner and chef, visited her produce supplier, she had been shocked to hear he was about to throw away two truckloads of produce that stores didn’t pick up. In surplus situations such as these, it is illegal for suppliers to offer their goods to the public; only those in the food industry are able to rescue the food and redistribute it. The vendor offered it to her free of charge.

Unable to process all the produce single-handedly, Pham put out a call for help on social media. Many people volunteered, including folks she had never met before. Within twenty-four hours, the team transformed the nearly tossed produce into several dishes for the Bloc Party. Service was contact-free: eventgoers could access the menu with a QR code, and volunteers distributed prepackaged vegan pork belly bánh mì sandwiches.

A longtime hair stylist, Pham was forced to lay down the tools of her trade when the pandemic hit in March. The sudden uncertainty around how to keep herself and her daughter afloat became the catalyst for a new, life-changing venture, and what started as selling slabs of homemade vegan pork belly to pay her mortgage has since blossomed into a thriving business.

Pham, who spent her adolescence in Los Angeles after her family emigrated from Vietnam, recalls being told her food looked “gross and disgusting” while she was growing up, and being mocked when she spoke Vietnamese. The dichotomy between having felt ashamed of her heritage as a child and her ongoing reclamation of her cultural foods as an adult—foods that, in the intervening decades, have been widely appropriated—defines the spirit of Mama Đút. “I don’t want my daughter to undervalue herself like I did,” she says.

“As a refugee immigrant, we didn’t have a lot of extra money to go on family vacations or buy fancy things. When we had a little extra, it went toward special food that we could all share.” Pham often says the phrase “Mama Đút” to her daughter, Kinsley, while they garden and cook together. It means “Mama will feed you.”

Chef Pham transitioned to a vegan diet only two years ago. “I was wanting to start much sooner, but my biggest fear was my inability to still get the cultural foods that I loved,” she says. Although vegan Vietnamese food is a niche product in the United States, it is widely available in Vietnam.

In contrast to the modern whitewashing of veganism, many cuisines throughout Asia have rich vegan and vegetarian traditions dating back centuries: some as ascribed by Buddhist principles, others out of necessity since meat was expensive and not widely available. Mock meats appeared in China during the Tang dynasty (618–906 AD); tofu and seitan were invented by the Chinese as well.

Pham has little patience for White chefs who present themselves as authorities on cuisines that aren’t theirs. She points out that their success is built on the backs of BIPOC (Black, Indigenous, and people of color) who make up the bulk of the workforce, from harvesting produce to performing menial labor in back kitchens. On top of that, BIPOC chefs are typically unable to command the same prices for ethnic cuisine as their White male counterparts.

Living in East Portland has heightened her awareness of food deserts, the result of corporations opting to put their stores only in certain neighborhoods, based on profitability. One Saturday, shopping with her daughter became a full-day ordeal, including a trek to the nearest farmers’ market five miles away. At the end of the day, pulling out of a Fred Meyer parking lot, Pham noticed a Latinx family crossing the street juggling armfuls of grocery bags. For a person already cognizant of her privilege, this was a clear example to Pham of the struggle that many families have to go through to buy food when it’s not accessible in their neighborhoods. “We all know that the justice system is racist and oppressive,” she says, “but not very many understand how oppressive the food system is.”

Pham believes that mutual aid models used by grassroots organizations like Snack Bloc offer a compelling alternative to the impersonal air of a traditional charity or food bank. “The mutual aid that’s happening now really is focused on doing it in a dignified way,” she says. She has continued to make connections in the mutual aid scene, collaborating with nonprofits Feed the Mass and Rose Haven, as well as participating in the Side Yard Farm Collaborative BIPOC Market.

At a time when scores of established restaurants have shuttered, Mama Đút graduated from a pop-up to a brick-and-mortar in only six months, and is now open for dinner two to three nights a week; otherwise the space is available to budding entrepreneurs seeking to start their own food enterprises, or for use as a pop-up venue. “I don’t want to be a traditional restaurant,” Pham says, “I want to be a community restaurant.” Her deft navigation of a changing industry and her commitment to people over profit has quickly cemented her as a resilient mother to all those who find themselves lucky enough to be fed by her.

Janey Wong is a freelance food and culture writer born and raised in Portland. She serves as a board member for the Portland Culinary Alliance. Her work has appeared in the Oregonian, Travel Portland, Womanly Magazine, and other publications.

From the Director: What It Means to Be Seen