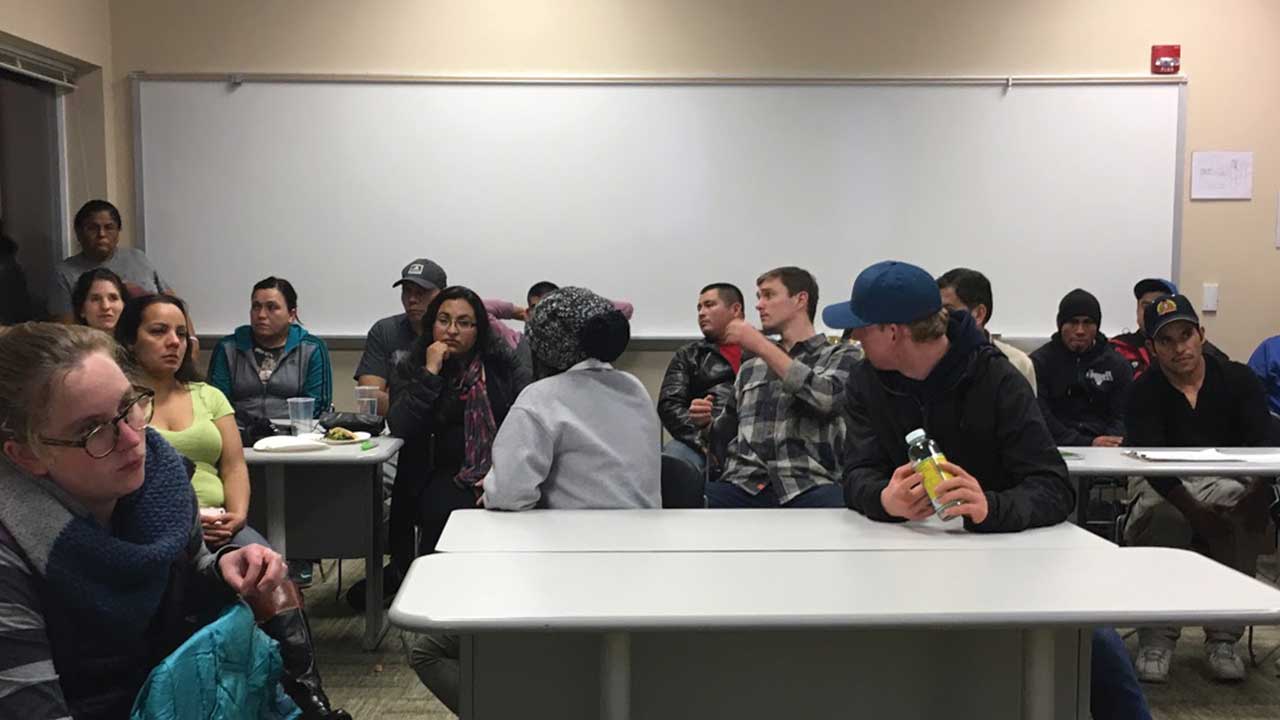 María Hernández Segoviano, OPAL’s advocacy coordinator, says these conversations serve not just to educate community members about environmental justice, but to get them talking about how the work they may already be doing relates to the concept.

“We’ve had conversations, for example, with day laborers. For the most part, day laborers are concerned day-to-day about the safety of their work, having enough tools to do their jobs right,” she says. “One of the things we talked about in one of our conversations was that by doing that work, they’re also preparing and becoming resilient, to be responsive when a climate issue happens.”

Engaging many different communities has required creativity. Before a conversation in Hood River, Hernández Segoviano felt there wasn’t enough diversity in the room, so she walked down the hall to where an English as a second language class was taking place. The entire class wound up joining the conversation.

“We were challenged, in a really good way, to change our curriculum from English-only to being given in Spanish and translated into English,” Hernández Segoviano says. “Most of the hour was dedicated to talking about how individuals in the room were experiencing the harms of climate, the harms of working exploitation, and the harms of white supremacy.”

The experiences shared in Hood River have found life beyond the conversation, in the form of testimony recorded by OPAL and delivered to the State of Oregon’s Environmental Justice Taskforce. Other conversations, in Klamath Falls, Eugene, and Woodburn, have helped OPAL build relationships with other organizations. And Hernández Segoviano says she expects to see more learning from upcoming conversations in Medford and Ontario.

“Environmental justice looks very different in communities who have not been engaged on issues that are crucial,” Hernández Segoviano says. “We’re engaging folks at a greater level so they can see their issues reflected.”

This February, the Oregon Humanities Board of Directors awarded $59,980 in grants to thirteen nonprofit organizations from around the state.

The Opposite of What We Know

Journalist J. David Santen Jr. on how battles, compromises, and resolutions abound in a state flush with water.