Reckoning with a father’s life and approaching death 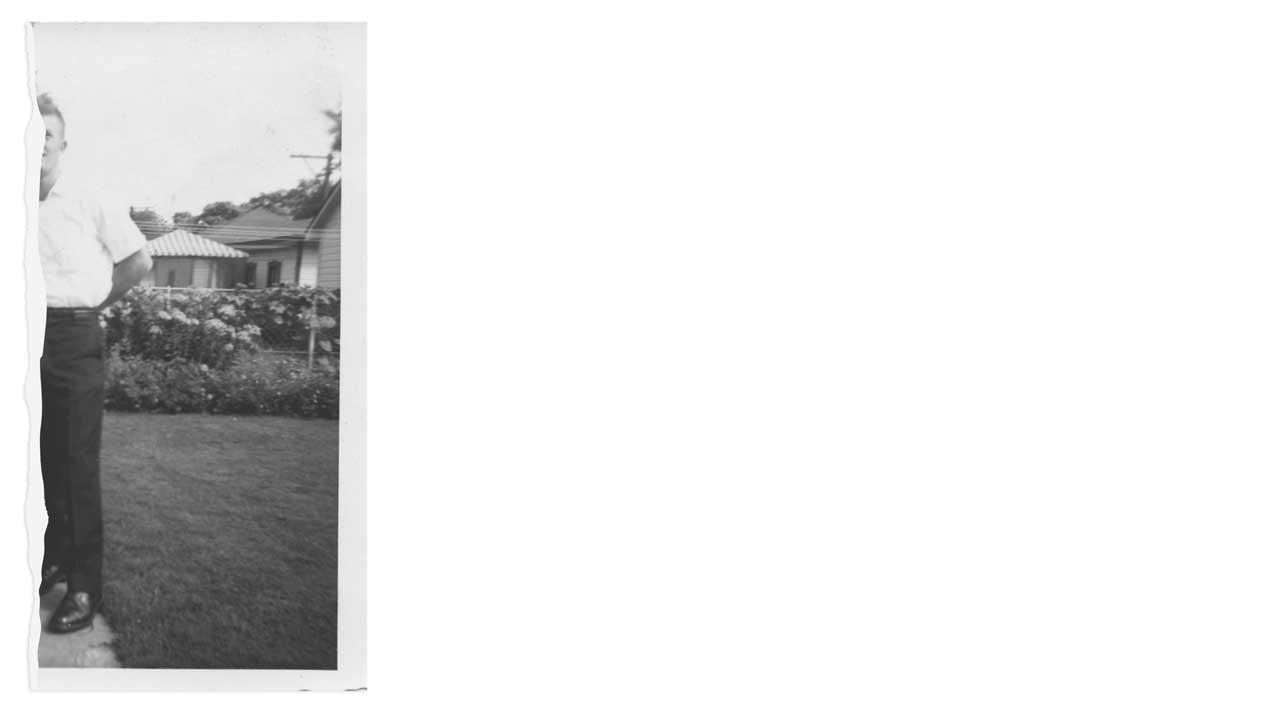 I’ve been waiting for my father to die for a while now. I imagine his death will end the disturbance I feel every time a vivid memory works its way to the surface of the dark pool where I keep him submerged—my cheek resting against the soft ribbed corduroy of his shirt, his concentration behind a book, the bubbling bass of his easy laugh. But he emerges, again and again. I imagine with death he will stop emerging, once he’s buried in the cold wet ground next to my mother’s corpse, a plot awaiting his arrival these last fifteen years.

She wasn’t supposed to go first. Everyone knew this. People made plans based on this known fact, including my mother. We were all waiting for Dad to die, one way or another, to more or less a conscious degree. I looked forward to hosting Mom annually for a few weeks during the holidays, side by side in the kitchen, bumping elbows, irreverent commentary, chortling over our coffee cups. But my mother must have glimpsed the future in a visionary flash, somehow known Dad would live into his nineties, so she up and made an early exit, to everyone’s dismay. Her best friend told me they planned to live in a little cottage, two old ladies stirring soup pots and tending rosebushes, wading into the comfort of old age together after their husbands departed according to the US. lifespan charts. But my mother bailed on their plan. Unforgivable.

As far back as I can remember, Dad almost always had a second car he was fixing up. A sports car, a truck, a beater of some sort or another. An attempt at projecting a much-needed inner renovation? He spent Saturdays on his back, rolling around on a mechanic’s creeper beneath the undercarriage, grease on his hands, his pants, his shirt. He kept a can of borax by the laundry room sink to clean up with. I would entertain myself by creating mud pies in the parking strip, running through the garage where he was working, scrubbing my hands with borax, running back out and making more mud pies, running in to wash again. I loved the transformation of dirt streaming away beneath the faucet, the grainy rub of the white powder on my skin, a thorough abrasive redemption.

Dad loved tinkering. He tinkered my trike into a big wheel, flipping the frame so it rode low to the ground, like a go-cart. All the boys in the neighborhood clamored in our driveway for him to give their trikes the same treatment. I was the coolest four-year-old on the block.

He went to work every day and came home every night. He didn’t drink. The most potent pill he took was an aspirin. He didn’t smoke. He didn’t cuss or hit. But he taught me the art of the verbal jab. He reveled in sarcastic banter. His sharp words made my little sister cry; they whetted my tongue. I practiced. I could out-barb any boy until they raised their hands in resignation, my light-speed comebacks singeing the edges of their bravado.

Tall. Slim. Handsome. A dense mop of fine black hair. Unusually dark brown eyes for our family. I have those eyes. A deep well lurking in the bottom. I imagine his are veiled with sadness now.

My father just turned ninety-one. Astonishing occurrence. I imagine steely gray has finally overcome the black hair that persisted into his seventies. I’ve been told his lanky athletic frame is stooped over now, a husk of what it once was. He gave up long ago, retreated somewhere deep, looking for a place in his mind where he can repress what he’s done, looking for forgetfulness and serenity, but it eludes him. I see to that.

I see to that with the rhythmic gong of my absence from his life, a continual reminder that he crossed an uncrossable line.

What do I feel when his image floats by like the ghost he will become? It squats in my stomach like a lump of bread dough. A mixture of regret and resolve and suffering and dismay fermenting in the bowl of my being.

It’s up to me, and only me, to hold him accountable for his sexually abusive behavior toward my daughter, who was fifteen at the time, for his attempt to do the same with my brother’s daughter, his promises broken. My sister won’t do it. She plays the good daughter role, one she falls into as naturally as water flowing over rocks. Listen to the sound: she’s calling him, sending him Father’s Day cards, flying out to see him, planning his monumental ninetieth birthday celebration. I imagine it didn’t mark anyone’s pleasure, particularly his. It was duty, duty done with eyes shut tight. Until he forced them to open for a brief, uncomfortable moment.

A reported conversation from the party:

“Nothing? Oh, come on. Surely there’s something left you’d like to do.”

And then there was an awkward pause in the party chatter.

My brother won’t do it. My brother makes him pay with a thousand tiny paper cuts, but he won’t make the big stand.

The big stand. That’s up to me, the smallest and eldest. To flood my frail aging limbs with the fierce force of remembrance and refuse to pretend. That’s all it takes to be strong in this family. I don’t have to make a speech, catalog past sins, perform an overt action. All I have to do is refuse to participate in the farce of family obligation. All I have to do is abdicate expectations.

His death won’t change anything material in my life. No will to execute, no inheritance. No packing up of clothes and paraphernalia. His second wife will see to that. No funeral, because I won’t attend. There won’t be any new empty space in my day; I’m not caring for him or calling him or taking him to doctors’ appointments. I have barricaded Dad from my life.

My heart is another matter.

Grief is a current in my river. It runs while the mourned for still lives. A rushing water hum.

I don’t question my decision. Those years are behind me. I grew into the rightness of the choice, the necessary inevitability. But that doesn’t mean I don’t grieve.

So I wait for him to die, imagining death will force the processing of this endless grief, channel it through the five stages. The bottom of my heart is numb, insensate from this constant, coursing river. A smooth, worn channel that cannot feel.

I imagine death will bring the pang, the pain that shocks my heart to life again. The sharp sting of sudden loss. A tearing away to reveal tender feeling flesh beneath.

But for now, I’m backed into a corner by grief. There is no momentum. There is the changeless sameness of a hard decision hardened.

I long for forward movement, but I know that movement will be through a gauntlet of self-examination and recrimination, regardless of the rightness of the choice.

So why do I want it?

Because I want resolve. I want closure. I want to digest you and what you’ve done.

Together, we wait for you to die.

The December 27, 2018 Beyond the Margins email incorrectly listed Catherine Johnson as the author of this piece. We apologize for our error. The author is Renee Soasey.

Renee Soasey is finishing a degree at Portland State University’s creative writing program and has been published in the Ekphrastic Review and Entropy. She dreams of spending 365 consecutive days on her property in the "middle of nowhere" Oregon and completing her memoir.

Thanks for your kind words, Theresa. I love your phrase, "The universality of regret."

Wow. This is simply beautiful. My father was 88 when he died in 2008. I can relate to so much of this, to the fragility of an aging parent and to the sense of loss, of sorrow that grows and stays with you, even while and as they live. The sense of everything that remains unresolved, that can never change. The universality of regret.

Mothers give advice to their daughters about living bravely in an unsafe world in this film produced by Sika Stanton for Oregon Humanities.

Writer Bobbie Willis Soeby on raising her sons to not rape