After a mastectomy, finding beauty in loss 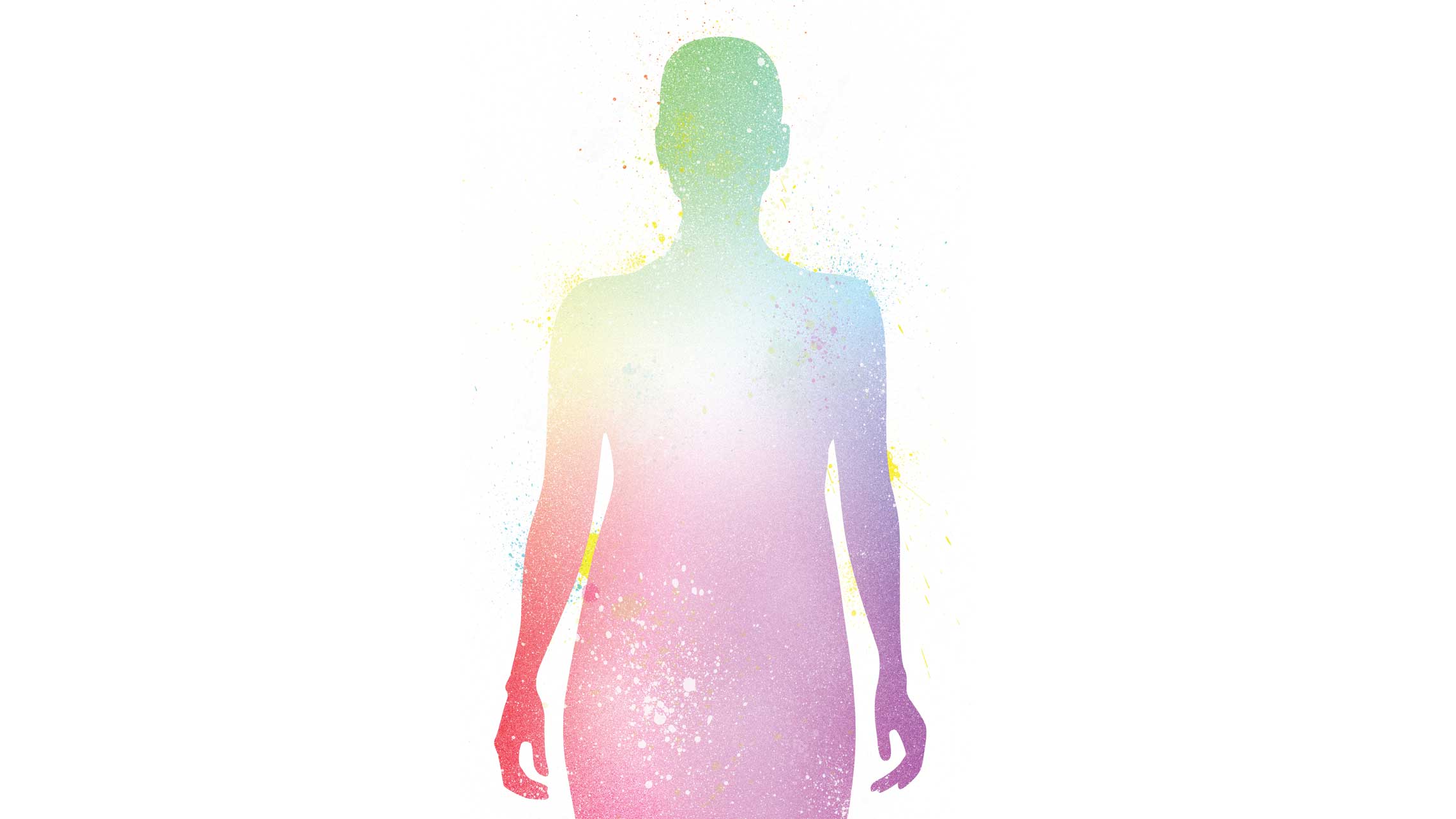 I'm afraid I'm a disappointment to my plastic surgeon. I wouldn't mind so much, but she's an engaging woman with an unusual professional history. In her first career Dr. Murphy studied questions of heat transfer for NASA, but a plague of political-bureaucratic hassles eventually made her jump ship for medicine. She's still an engineer of sorts—she just gave up mechanical for structural challenges, and abandoned metal and carbon fiber materials to work with skin, muscle, and fat.

“My plastic surgeon” is not a phrase I ever expected to use, but many of my expectations about how my life would progress got upended in December 2013, when I was diagnosed with an aggressive, invasive cancer in my right breast. A California lab would need another month to determine whether I had a BRCA1 mutation, but when my general surgeon and oncologist tallied my mom's lousy luck (melanoma at thirty-five, inflammatory breast cancer at forty-five) with my own (triple-negative carcinoma at forty-four), they agreed that I'd likely drawn the genetic short stick. The test result later confirmed their assessment. “Your breasts or your life!” was the message I heard. The answer didn't take much thought, but it did take an emotional reckoning.

To reconstruct or not to reconstruct? My first impulse—one shared by my husband, Peter—was to leave well enough alone. If I could get back to well, back to health, I thought, I really shouldn't give a damn about my topography. But I knew that I would in the longer term, and I needed to keep faith that I had a term long enough to let me sweat the small stuff again. I needed to resist the sneaking expectation that a cancer diagnosis should function as the secular equivalent of beatification. I soon realized that the state of being scared shitless does not in itself confer saintlike perspective or patience; if I were lucky, I could look forward to many more years of vanity and its petty frustrations. Past experience strongly indicated that quite a few of these would center on my body, and more than a handful on my breasts—or their alarming absence. I scheduled a consultation with “plastics” in a sop to my future self, the one who would outlive this crisis and forget to be grateful for days at a time.

I immediately liked Dr. Murphy, with her straight back and straight talk. I liked her description of the satisfaction she took from her work: “Most surgeons have the job of cutting away, but I have the job of restoring. I love helping women feel whole again, giving them back something of what they've lost.” She didn't claim to be a miracle worker. She was relieved to hear that I didn't expect or even want to fill out a D cup ever again, but a B+ was a reasonable aim.

I'd read enough to know that, if I chose to reconstruct, implants were the way I wanted to go. All of the more “natural” options involved stealing flesh from parts of my body that so far remained healthy and intact. The least violent of these was a relatively new procedure, “DIEP flap” surgery, wherein a surgeon slices plump half-moons of skin and fat from below the navel and grafts them over the pectoral muscles. I might have considered it if I'd had enough extra belly to make even one small breast. As it was, if I wanted new breasts that approximated the tender resilience of the old, the surgeon would need to transect perfectly functioning abdominal or dorsal muscle and tunnel the severed ends under my skin to make molehills where there had once been mountains.

This prospect seemed simply insane to me, a horrifying abrogation of the reflex toward self-preservation. But of course we all locate our selves in different places; we weave identities like webs, spinning them between the nodes where physical contingencies intersect with memory and imagination to make meaning. “Strong” lay closer than “soft” to the heart of what I felt my self to be. A shoulder injury had put me off rock climbing years before, but amid the aftershocks of my diagnosis I somehow grabbed onto a vision of myself back at the local gym on the pocked face of a concrete boulder, swinging from hold to hold more gracefully than I'd ever managed in my buxom days. (Surgery was two weeks out, but I was already projecting myself into a flatter future.)

Dr. Murphy recommended silicone implants. Despite their bad old reputation, she said, the modern versions had a good safety record and looked significantly more natural than saline, which could visibly ripple and slosh. She did warn me of potential embarrassment at the gym: the firm jellies (nicknamed “gummy bear” implants) would be anchored under my pecs and jump sideways whenever I flexed. “Now there's a neat party trick,” Peter joked, but he looked as unsettled as I felt.

Then we arrived at the question of nipples. The plastics department had terrific tattoo artists on staff, Dr. Murphy told us, people who'd gone through rigorous training in order to master the natural shading of areolae and some remarkable trompe l'oeil effects. If relief was important to me, she said, the tips of my new breasts could also be deliberately scarred to raise the skin, but it was important to note that these nipples would be forever erect. And of course neither nipples nor breasts would have the sensitivity or responsiveness of the originals, as the nerves would be scrambled by the mastectomy and recovery of feeling was rarely total. She knew it was a lot to process, but not to worry—as long as I didn't want immediate reconstruction, I'd have months to deliberate the finer aspects of my decision. She wanted to leave me with the assurance that her patients reported strong satisfaction with her work.

I wanted to believe, I really did. For a few hopeful hours after our consultation, I indulged bionic boob fantasies: they'd be better, run faster . . . well, they'd certainly jump higher than they ever had before. But that night Pete and I pored over hundreds of images on our respective computer screens, sharing the best and worst of what we found and getting more despondent with every jolly, eye-popping rack.

We couldn't escape the question: What are breasts for? Their biological purpose is pretty well understood, their erogenous sensitivities widely (if not universally) appreciated, but what are breasts for when they can neither feed nor feel? The whole project of reconstruction seemed to reduce function to form.

I'd needed thirty years to learn to love my own boobs despite what had often seemed to me their overgenerous proportions and superfluity to my needs. All I knew when they first came on the scene was that they slowed me down terribly on the soccer field, and I soon found that they exercised another kind of downward drag on boys' gazes. Though they never realized their evolutionary calling as sources of nourishment, they later did become sources of pleasure and finally (I didn't realize how finally) the recipients of my grudging affection. My husband lovingly called them my “bloomps”: they were friendly, droopy, and warm-nosed as feverish basset hound puppies. Facing their imminent loss, I felt a surge of regret that I hadn't let them out to play more often. I wished I'd never even joked about longing for a perky pair—they would have suited me about as well as a matched set of teacup poodles.

Nothing we saw online could rescue us from the work of mourning. Even the most natural looking of the high, taut orbs would serve most powerfully to remind us of what they were not: not flesh, not me. They would be dead as marble, if not as hard—twin domes erected in memorial. I'd take them with me wherever I went and never be allowed to forget.

Our hopes began to lift only when we changed the terms of our image search: mastectomy and tattoo. Here was joy. Here was play. Turquoise peacocks, crimson roses, amber mandalas. Here were women who'd kept moving and refused the temptation to chase their own ghosts; women who lit a side path to a radically different vision of wholeness. I started to research local artists and created a Pinterest board; Pete fell down a rabbit hole, transfixed by bad tattoos. Suddenly we were having a blast.

That was seven months ago. One month ago I finished chemo, and in three weeks I'll be meeting Dr. Murphy for a preop appointment. She seems to have forgiven me for opting out of reconstruction. I'm wasting all her engineering skills on a simple cleanup job, the removal of the excess skin that my first surgeon left behind. I've asked her to make my chest a beckoning canvas, flat as the unfruited plain.

Editor's note, April 2015: I'm sad to share with readers that Gretchen died on April 11, 2015, just after this issue of the magazine mailed. Shortly before her death, when I asked if she wanted to edit "Kansas in Technicolor" to reflect that her cancer had metastasized, she declined and said, "[The essay] has the integrity of the moment when I wrote it, and that stands despite the ground having heaved and split under my feet. I don't know whether this will make sense, but this Gretchen isn't the right one to tinker with what that one wrote."

Gretchen Icenogle is an award-winning playwright and the founder of Bridgetown Dog Training. She recently moved with her husband and dogs from Portland to a high hilltop in McMinnville, where everyone assumes shell be eating a lot of peaches. She is also, along with many mighty but mortal women, on her way to becoming a breast-cancer nonsurvivor. In the meantime, however, shes bloody blooming.

I love this woman so much. Can you please take that stupid graphic off of the beginning of the essay so it is actually readable?

Our lives were so enriched by having known her. Even though her time was shortened, she will always be in our hearts. Mary Anne and Joe Curray

Really inspirational, the choices Gretchen made in her last year, and with such good humor. (Excellent dog trainer, too!) This is the way to live.

I'm humbled by Gretchen Icenogle's humor and wisdom and am grateful for this funny, true, heartbreaking, beautifully-written essay. May her memory be a blessing.

I'm awed by her courage under fire and her enormous talent in skillfully and with humor telling her story. Her death last night leaves a bottomless pit. A hard act to follow. Forza Gretchen. Love never dies.

Remembering a friend from a hospice house. An excerpt from What the Dying Have Taught Me about Living: The Awful Amazing Grace of God by Fred Grewe, an Oregon Humanities Talking about Dying community discussion leader.