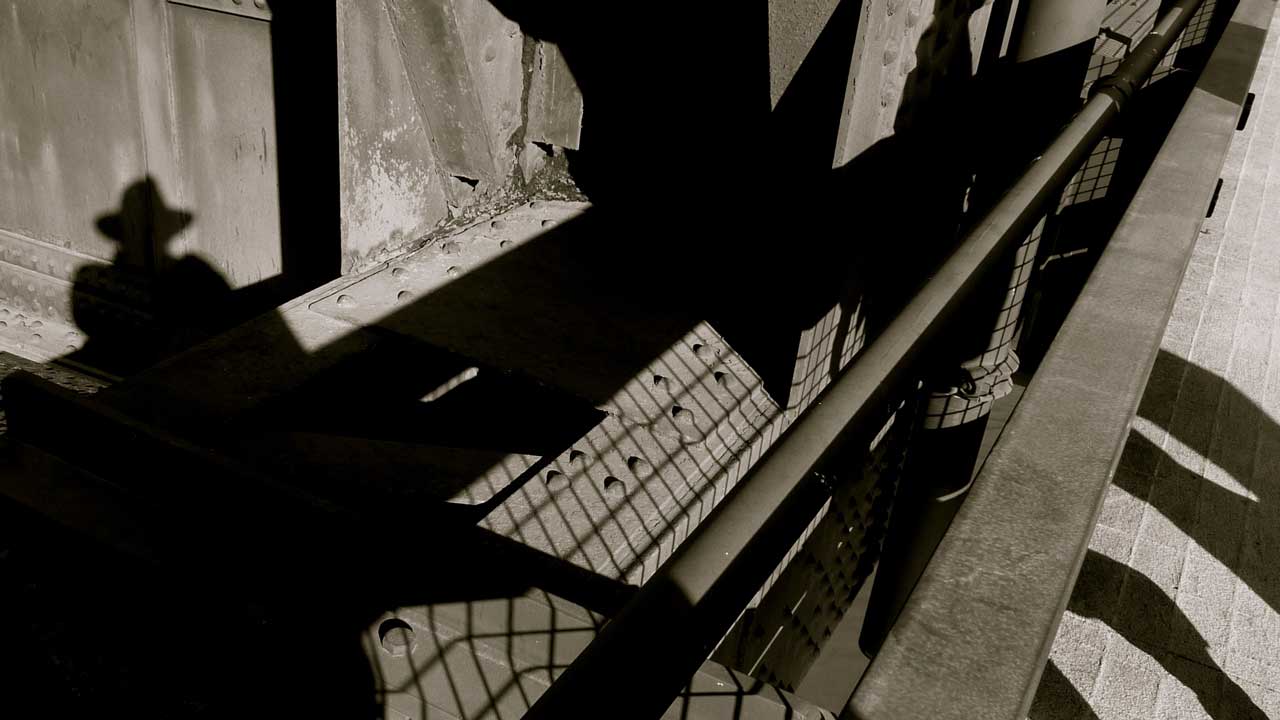 One day I gave a prose poem to a friend who rarely reads poetry. “I don't get it,” he shrugged. Then I dropped a photo beside the poem. He perked up, looked, read. “Okay, yeah. Interesting,” he said. Encouraged, I tried this with a few other people rather disinclined toward poetry and achieved a similar positive response. Perhaps shaping the poem as a more friendly looking prose paragraph made the first steps less fearful, but I'm convinced it was the photograph that brought readers deeper inside.

Joseph Conrad explained that the task of the writer is “before all, to make you see,” yet readers of poetry often have a hard time reaching the window. As we all know, the language of contemporary poetry may seem obscure, oblique, or elliptical. There may be associative leaps, abstractions, reductions, metaphorical images so that a person has to read the poem over and over to see what's going on. I think these are healthy challenges for those interested in language and literature, and sharpening our reading skills will undoubtedly help us appreciate poetry. But what if a poet were to provide an establishing shot, a two-dimensional visual image? Would this give the verbal mind more traction?

You might say that a good poet should achieve this through descriptive language. “Show, don't tell,” the writing teachers say. But we all know the power of an actual picture—the immediate rush of light, of complex forms and relations, and in the case of representational photography, the identification we easily make with some part of the real world. With all this in the mind, might the poem have a better chance of being read and enjoyed? Is this cheating?

“Photography, itself, is cheating,” explains Paul Gentry, a master engraver, potter, painter, and the contributing photographer for this feature. It is as a photographer that he feels exceptional freedom. “Especially with digital technology, there's very little hand involved—it's all looking and seeing. And this lets you concentrate on ideas.”

Gentry believes there are parallels between photography and writing. “With photography you're not making something from scratch, you're working with preexisting forms and objects, much like a writer working with an established language and vocabulary.” And rather than moving the paint or clay, the photographer arranges the image by changing his or her relationship to it.

By extension, bringing a photograph into the reading experience changes the relationship between person and text. This is not ekphrastic poetry where the writer responds to a preexisting, often famous, work of art, like Anne Sexton's “The Starry Night,” after van Gogh's painting; nor is it a conventional illustrative relationship between image and text, like those in greeting cards, children's books, nonfiction, newspapers, instruction manuals, and everywhere on the web.

Initially, I wanted to use photographs to enhance the poem's accessibility, to get readers who don't usually read poetry engaged with the language, but now I see that the pictures and poems are also affecting each other dialogically: the photographs are readable; the poems are visible.

You might say these photos and poems are in conversation. To join in, just look and read. 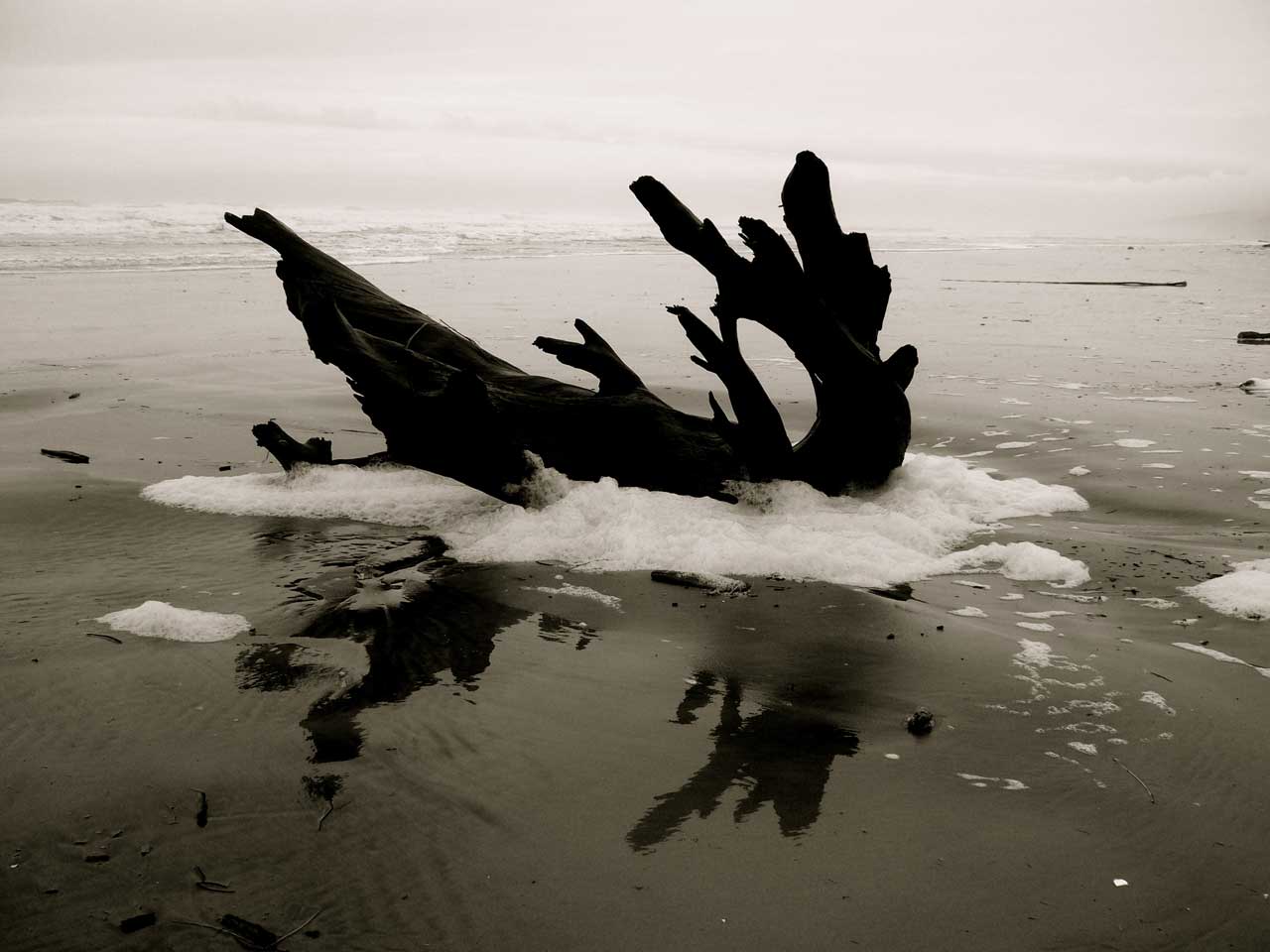 I wanted you in the old way, but got the couch and a hangover. Saturday morning at your beach house, the sun and soft roar. The good coffee, thanks. And that cool walk down the firm, wet sand. The great, rolling ocean is supposed to calm and inspire us, expand our thoughts, help us know our grand, small place in the world—Well, I kept seeing driftwood in tangled heaps or alone. Tree monsters soaked and dried to the spongy soul of an afterlife on the foam clouds of a sky starred with broken bits of things. 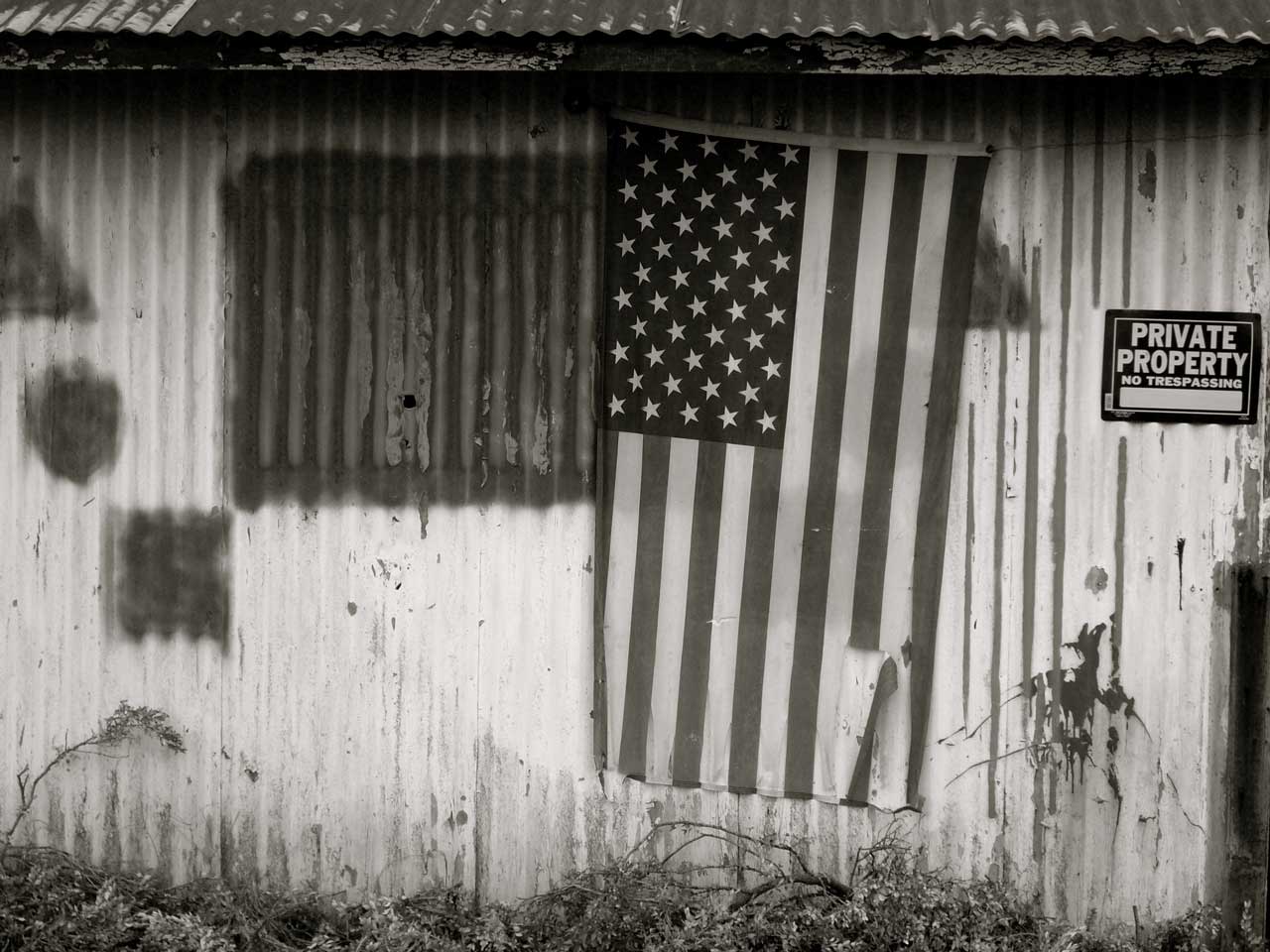 Draped and torn down the ruckled walls, hemmed by tangled blackberries—you might expect that flag to mean more to him. A young inventor grinding away in a tin shack. With pitbulls and warnings, who's gonna come up and ask how the batteries hold their charge. Who's gonna bring burritos or borrow a wrench? Offer, with apology, cold coffee to a stranger, and he might warm your heart, might pull sugar from a shirt pocket. Next to the cold stove, the inventor fiddles with a valve, his million dollar idea to increase flow. While we salary up to the old machine that works just fine, day after day. A square country can fit into a global idea if we get into shape. They say hard work pays off. But I don't know, you see our tired flag in the rattiest of places.

Windshield
I should clean this car, I know. The windshield? Shit, I don't got the money. Just glad it runs. Up at Helmick Park, I smoke a bowl, listen to music. Yesterday I drank all afternoon, got my news, my tunes, put the seat back and fell asleep. It was okay, waking with the cool, light rain. Then I needed to piss, but there was a green truck and somebody moving around the toilets. I started the car, put on the wipers, and saw those guys with their buckets and brushes. It felt good to be me. Until one of them stared, and got on his cell phone. I used to tell my ex-wife that I got what I paid for. Well, keep the receipts, baby, she'd shake her head and light a cigarette. Keep the receipts.

Paul S. Gentry is a photographer, painter, engraver, and potter, who has recently exhibited work at the Augen Gallery, Portland Art Museum, and the Washington Printmakers Gallery in Washington, DC. He lives in Independence, where he is a member of the River Gallery.

Henry Hughes' first book of poems, Men Holding Eggs, received the 2004 Oregon Book Award. His second collection, Moist Meridian, was published in July 2009. He lives in Falls City. Paul S. Gentry is a photographer, painter, engraver, and potter, who has recently exhibited work at the Augen Gallery, Portland Art Museum, and the Washington Printmakers Gallery in Washington, DC. He lives in Independence, where he is a member of the River Gallery.