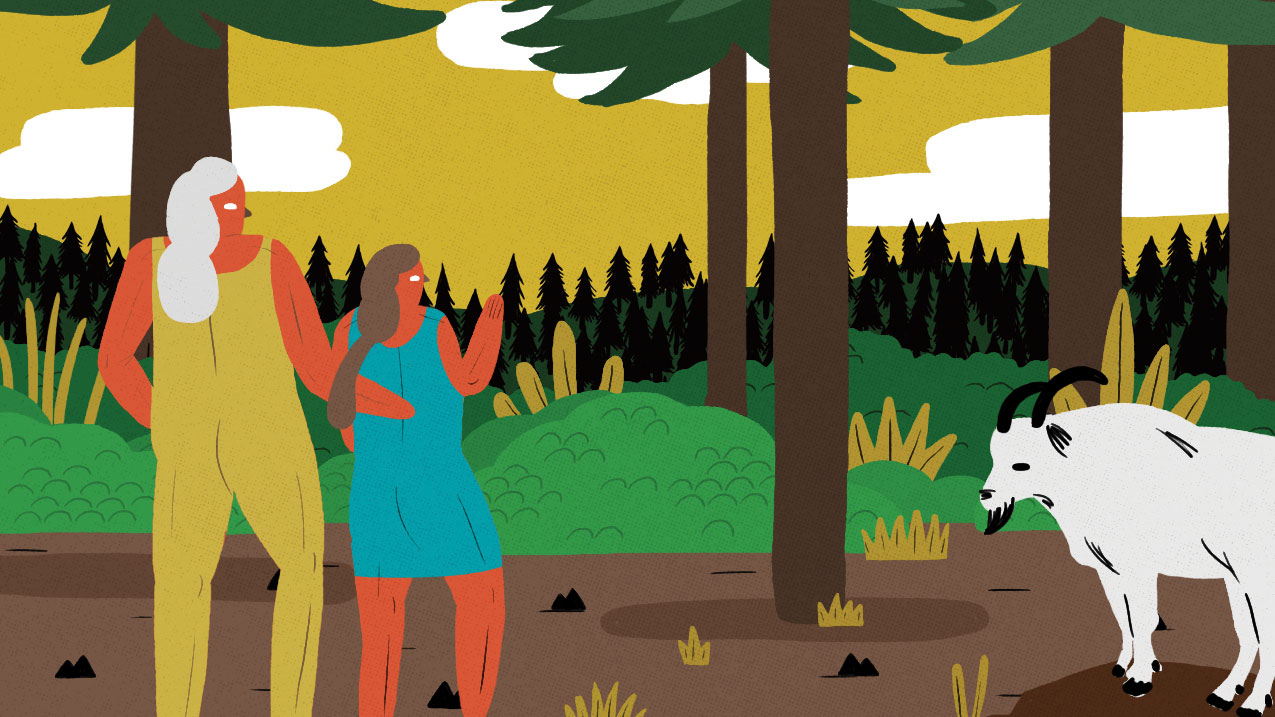 Early April, sunrise on the Malheur National Wildlife Refuge south of Burns. Most of my fellow passengers in the John Scharff Migratory Bird Festival van had come from Seattle hoping to see the courtship display of the sage grouse. “Where will you settle, then, when you retire?” someone asked the driver, a local Fish and Wildlife employee.

“Oh, no, I'm not leaving,” he answered. “I love it here. Besides, Boise's only a few hours east of us, Salt Lake to the south—good roads north and west, too. You can get anywhere from here.”

The Seattle folks may have been mystified, but I knew what he meant. It's what we all want, isn't it? A centered belonging to place, yet a connection to the world outside our own? For me, that place has been the inland Northwest, from the Clearwater Canyon country where I was born to the High Wallowas where I ran along the lake every morning before school—I taught high school classes in writing and literature in the valley just below Chief Joseph Mountain—to Pendleton, the town where I live now.

Yet despite my love for this vast and varied landscape, I've felt an inner conflict. How can I claim to belong to land taken from its original inhabitants? Arrow points keep turning up in the fields of my family's Idaho land; when my father was a child, the circle where a tepee had stood was still visible. “Live well, and build good houses,” She Who Watches taught the people of her village near The Dalles. But no matter where my people build our houses, their foundations rest on dispossession. We're here now, I know. We must live somewhere. But how can we live well?

I came to Pendleton when budget cuts took my teaching job in Joseph. At first I wasn't sure that I belonged in this particular part of the Northwest, at least outside of the classrooms of the community college where I'd been lucky enough to be hired. I didn't know much about wheat ranching, and I'd long since lost my taste for rodeo. Of course, there was more to Pendleton than the world-famous Round-Up; I would find a welcoming bird club, an amazing t'ai chi teacher who studies with grand masters in China, wineries galore just up the road. The arts are thriving here, too: there are four galleries if I count the two on the nearby Umatilla Indian Reservation, where Andy Warhol's work is on display just now at Tamástslikt Cultural Institute. I can take hands-on classes at the Arts Center of Pendleton (free for kids), and there's music, everything from the Eastern Oregon Symphony to the Mounted Band. Terrific bluegrass, a men's chorus. A rock 'n' roll camp that draws teens from all over the Northwest. There's literature, too: the annual Eastern Oregon Word Round-Up and a thriving monthly First Draft Writers' Series, where Ursula K. Le Guin spoke in October. I live just around the corner from an athletic club. Starbucks has arrived, and three young men came home to found the Prodigal Son Brewery and Pub. Two wilderness areas are right next door; my sixteen-year-old granddaughter and I came face-to-face with a mountain goat on top of Eagle Cap a few years ago. My politics lean left of the majority, although eight thousand people had registered as Democrats last time anyone counted, and fifty-seven as Green Party supporters. But in my neighborhood, people walk past each other's bumper stickers to offer help when someone's sick or to ask for help themselves. Or just to visit.

The freeway that bisects Pendleton leads west to Portland, where I've been part of a poetry workshop group for the past few years. That monthly infusion of friendship and inspiration and foods with names I don't recognize and almost never remember is invaluable. I treasure it. Late-night talk, the click of laptop keys, rain on the roof. Chamber music, readings. Plays. And then I drive back upriver, breathing deeply as the world opens to light and space and silence. Hawks and shadows. Bighorns. A coyote, if I'm lucky.

That granddaughter who hikes with me is another reason that I live where I live. She's in the wedding photo that hangs on the wall of the house I share with my husband. When our son married her mother, a Cayuse/Apache woman who had been my friend since her student days at Blue Mountain Community College, the ceremony was a traditional one from the Snake River country. “We're joining not just two people, but two families,” the medicine man said as my husband and I exchanged gifts with Cecelia's parents. There's another baby in the family now, a niece's daughter, and since childrearing is an extended family enterprise in her culture, I get to be one of the grandmas. She's the cutest, smartest—well, let's just say that being welcomed by this family is as close as I have felt to being home.

“You should come watch the horse parade next year,” I told Portland writer Molly Gloss, whose novel The Hearts of Horses captures the inner truths not only of horses but also of the people here in Eastern Oregon. The Westward Ho parade, with no motorized vehicles, hundreds of horses, and Native riders in beautiful regalia, has been the part of Round-Up week that I've always enjoyed most. But one thing leads to another, so I'll be buying tickets to the rodeo next fall. The Happy Canyon Pageant, too. I'll be “having a good Round-Up,” as we say here. I suspect it will be fun.

Bette Lynch Husted lives and writes in Pendleton. She is the author of Above the Clearwater: Living on Stolen Land (OSU Press, 2004) and At This Distance: Poems (Wordcraft of Oregon, 2010). Lessons from the Borderlands, her collection of memoir essays about teaching, class, gender, and race, is forthcoming from Plain View Press. She is a 2004 Oregon Book Award and WILLA finalist and was awarded a 2007 Oregon Arts Commission fellowship.

Bette: I sent you a note a while ago to your Pendleton address. Would love to hear from you especially now that I know Rick remembers you--he was my assistant in my sixth grade LA/Reading classes and took over those classes when I moved to the library.

Yes, Richard, that's me! Hi from a long time ago. I still miss White Swan.

There is no-one I know of who captures the essence of what it means to live in the stark high desert of Eastern Oregon with more beauty and pathos than Bette Husted. Inspiring stuff!